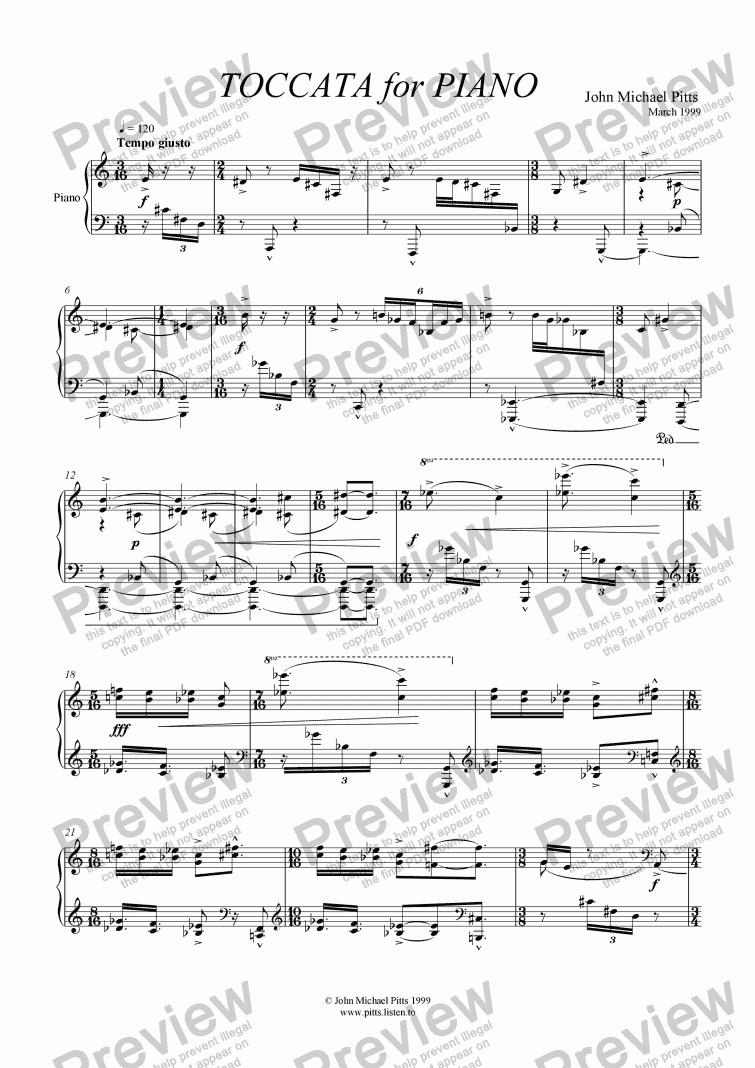 TOCCATA for PIANO was written in response to a request from a friend for a ten-minute piece. My aim was to write a work that suited his technical agility on the keyboard and his ability to get to grips with motoric, driving music. I limited myself to a relatively small amount of material, which is constantly re-used in various forms, and on various parts of the keyboard, and smaller thematical cells are individually explored. Choice of tessitura, and varying levels of rhythmic stability, harmonic clarity and metric organisation, are the main structural elements. Motoric energy is regulated until the final release in the last section, where use is made of the entire range of the keyboard, all the thematic fragments converge, and the full momentum is released. Performers should note the use of the Sostenuto pedal (bars 181-260 & 354-407), which sustains the selected notes (in the first case a four-note chord, and in the second, just over an octave chromatic cluster). Needless to say, this piece should only be attempted by accomplished players… If it looks a bit hard to get into, I suggest listening to the last few pages first!