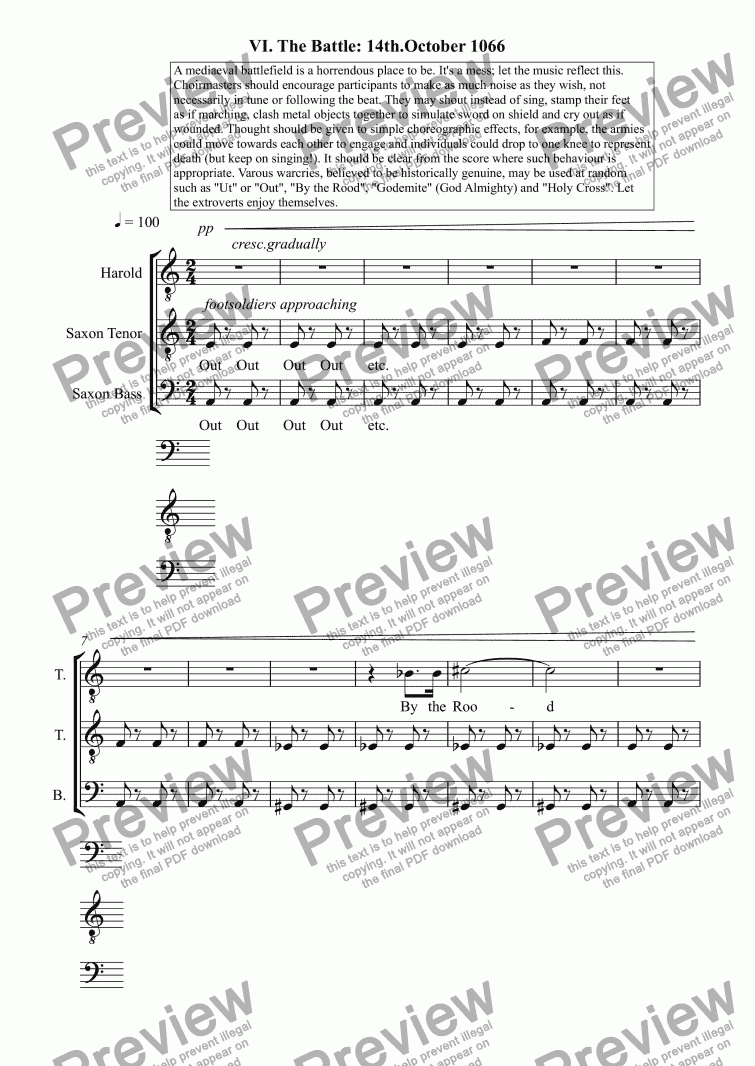 The Normans had cavalry and archers and used swords and lances but the Saxons fought on foot using battle axes. It was a battle that the Saxons really should have won but Harold was impetuous and engaged the enemy too early when his own army was unrested and incomplete. The fighting raged all day and was a close run thing. At one point, William was believed to have fallen and had to remove his helmet to prove otherwise and exhort his troops to greater efforts. According to popular legend, Harold was killed by an arrow in the eye, but some historians contend instead that he was hacked to death when the Normans eventually penetrated through the Saxon lines. After Harold's death, the Saxon will was broken and the remains of the army fled.

In order to submit this score to ScoreExchange.com Keith Andrews has declared that they own the copyright to this work in its entirety or that they have been granted permission from the copyright holder to use their work. If you believe that this score should be not available here because it infringes your or someone elses copyright, please report this score using the copyright abuse form.