The Lost Chord - Festive Music for Trumpet and Organ 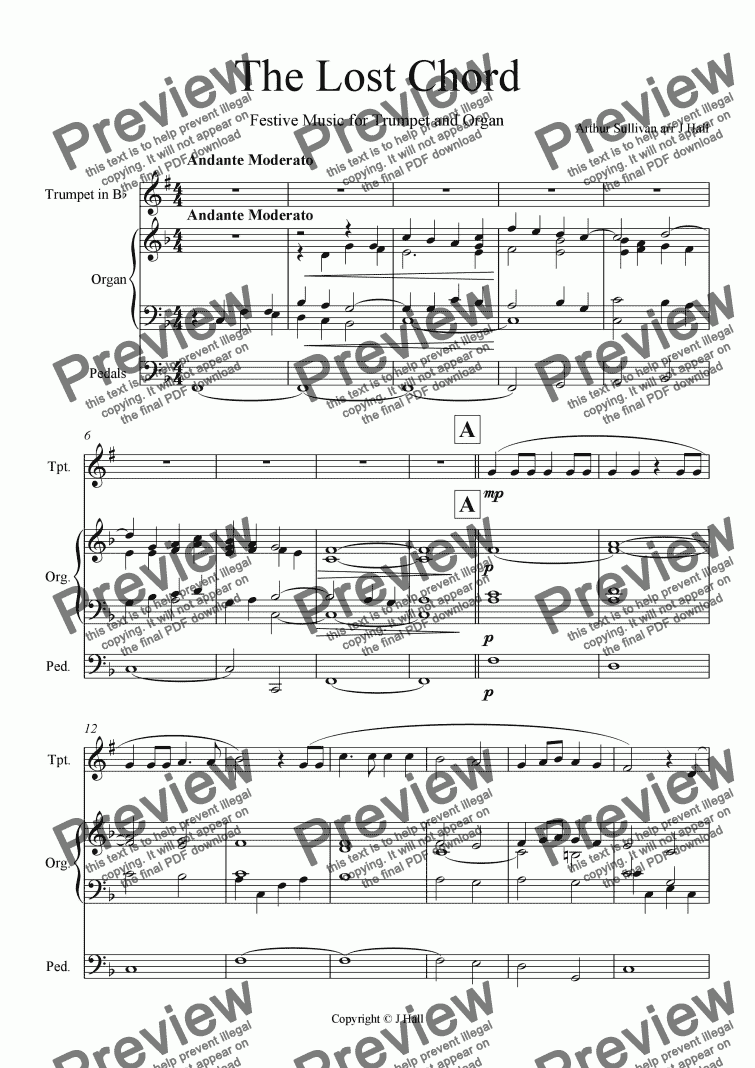 The Lost Chord is a song composed by Arthur Sullivan in 1877 at the bedside of his brother Fred during Fred's last illness. The manuscript is dated 13 January 1877, and Fred Sullivan died five days later. The lyric was written as a poem by Adelaide Anne Procter called "A Lost Chord," published in 1858 in The English Woman's Journal.

"The Lost Chord" was immediately successful and became particularly associated with Sullivan's close friend and sometime mistress, Fanny Ronalds, who often sang it at society functions. Sullivan was proud of the song and later noted: "I have composed much music since then, but have never written a second Lost Chord.

Many singers have recorded the song, including Enrico Caruso, who sang it at the Metropolitan Opera House on 29 April 1912 at a benefit concert for families of victims of the Titanic disaster. The song has endured as one of Sullivan's best-known songs, and the setting is still performed today.[1]

In order to submit this score to ScoreExchange.com Jonathan Hall has declared that they own the copyright to this work in its entirety or that they have been granted permission from the copyright holder to use their work. If you believe that this score should be not available here because it infringes your or someone elses copyright, please report this score using the copyright abuse form.

Reviews of The Lost Chord - Festive Music for Trumpet and Organ