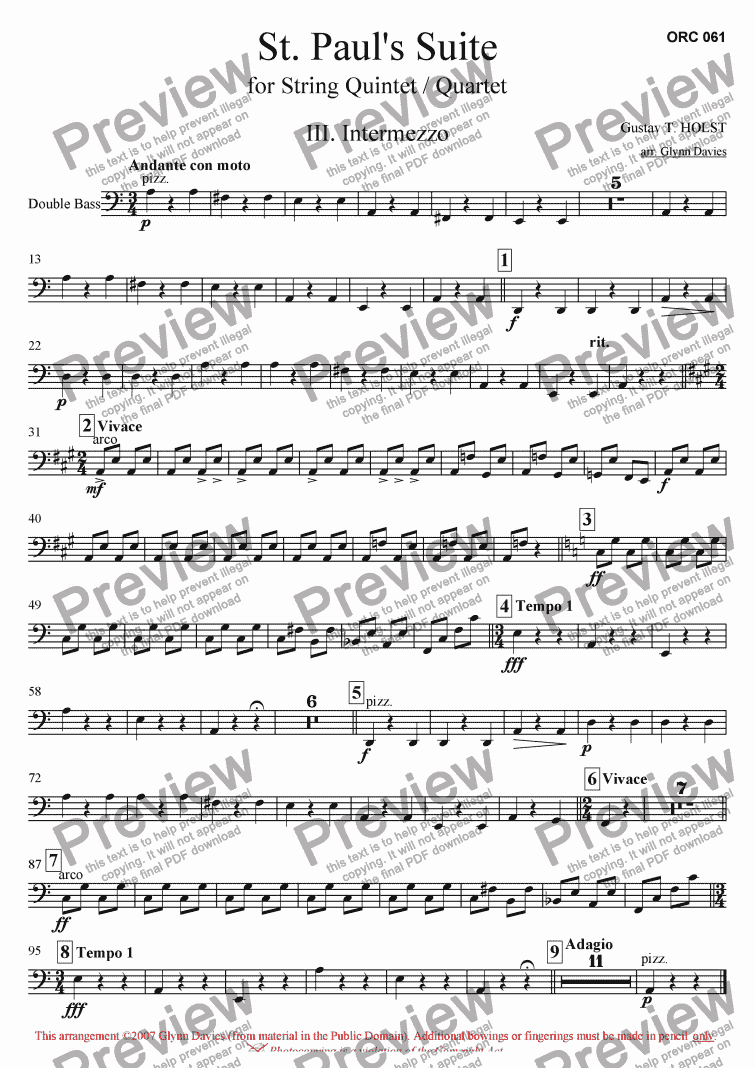 Price:
(+ VAT when applicable)
Price is for this part only Price is for a complete set of five parts Price is for score and complete set of five parts
Note: The publisher requires a minimum purchase of 1 licenses
Change currency...
You are purchasing high quality sheet music PDF files suitable for printing. You are purchasing a license to print this music. Be sure to purchase the number of copies that you require, as the number of prints allowed is restricted.

Gustav Holst spent a good portion of his musical life dealing with students and other non-professional musicians. In 1903 he succeeded his good friend Ralph Vaughan Williams as the director of the school orchestra at James Allen's Girls' School in London. Two years later he became musical director at the St. Paul's Girls' School, a post he kept for the rest of his life. Along with his teaching, Holst continued to compose in his spare time, and around 1907, began to explore English and Scottish folk music. Those folk tunes started making their way into compositions like the St. Paul's Suite for string orchestra, written in 1912-13 for his students at the St. Paul's School.

A passionate modal theme, announced by the full string body and later taken up by a quiet solo violin, dominates the third-movement Intermezzo.

This arrangement is for standard string quartet, with an optional bass part.

In order to submit this part to ScoreExchange.com Glynn Davies has declared that they own the copyright to this work in its entirety or that they have been granted permission from the copyright holder to use their work. If you believe that this part should be not available here because it infringes your or someone elses copyright, please report this part using the copyright abuse form.