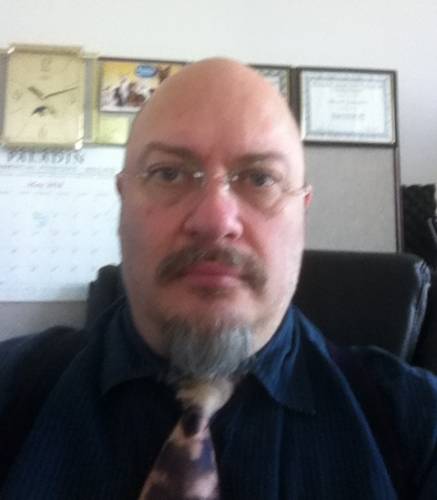 Steven L. Saunders is the former Conductor, Artistic Director, Resident Composer and President of the popular Connecticut shoreline musical group the Milford Concert Band, Inc., a not for profit organization.

Mr. Saunders has studied music privately all of his life and has held such positions as Assistant Conductor, Violist and Resident Composer of the Torrington Symphony; Principal Conductor for the Warner Theatre; Assistant Choir Coach of the New Britain Opera; Tenor/Baritone section leader and soloist for the First United Church of Christ in Milford, CT, St Mary Church in Milford and St. Catherine of Sienna in Trumbull, CT; former Principal Tubist, Composer in Residence, Musicologist and Consultant for the Vintage Brass Ensemble; Founding Member of the Silver Circle Flute Ensemble; and Pianist and Founder of the Taunton Chamber Players and York Chamber Trio.

He has conducted and performed in many venues, including performances at the National Cathedral in Washington, D.C., the Waldorf Astoria in New York City, and many churches throughout Connecticut, and has appeared with such notable performers as Marilyn Mulvey, Thurza Bendokas and Kimberly Parsons; and is a member of the American Society of Composers, Authors and Publishers (ASCAP).

A New England native born and bred, Mr. Saunders is a lifelong Connecticut resident. He currently lives in Milford with his wife, Susan.