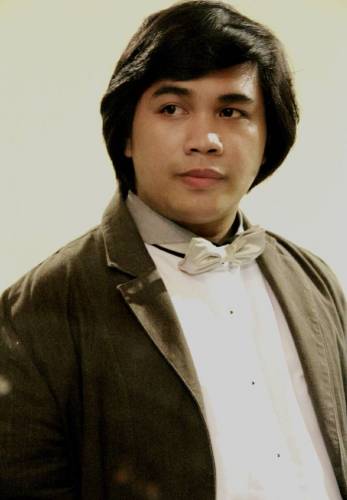 Morakot Cherdchoo-ngarm was born in Bangkok in 1988. He started his piano lessons at the age of 6. In 2005, he won the 2nd prize in the Yamaha Thailand Music Festival 2005 competition. A year later, he became a student of Dr.Nopanand Chanorathaikul. In 2007, he had performed in an Enchanted Evening with 5 Young Pianists II and played his own compositions. In 2008, he won the 3rd prize which is the highest prize in the Fourth Age Category in the 8th Bangkok Chopin Piano Competition. In the same year, he took part in the 3rd Persatuan International Chopin Piano Competition in Malaysia. Morakot had experience working in the genre of musical theater composing for "Eng-Chang, the musical" and "Cleopatra, the musical" which were performed at the College of Music, Mahidol University, Thailand. He had received the Grand Prize Award from Young Thai Artist Award 2010. He was commissioned to composed for the 100 years anniversary of the great Thai artist Fua Haripitak concert. In 2011, he worked as a rehearsal pianist in the "MaeNaak" opera project by Somtow Sucharitkul. In 2012, he worked as a rehearsal pianist in Dido&Aeneas by Henry Purcell and In 2013 in Les mamelles di Tiresias by Francis Poulenc directed by Patarasuda Anuman-Rajadhon. Currently, He works as Accompanist in Grand Opera (Thailand) and New Broadway Company.

In 2011, Morakot participated in making a low-budget film together with Vipatsaya U-poon (short film director, script writer and journalist) contributing as an amateur cinematographer and composer. The first short film "Dark Wave" received a popular vote in "Dhammada Festival". The latest short film "The Black Box" was a collaboration with the famous actor and artist Soontorn Meesri.

Morakot finished his Bachelor Degree in Composition from College of Music, Mahidol University. He had studied with Atibhop Pataradetpisan and Valeriy Rizaev.