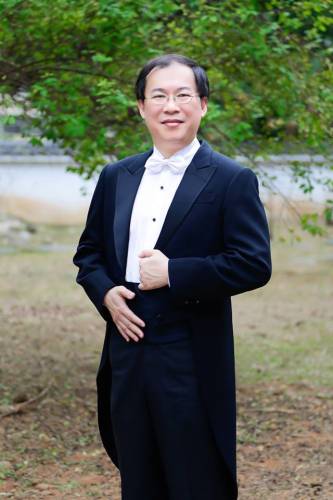 Ming-Hsien Hsu is one of the few multitalented individuals who can conduct, play the clarinet and perform sound engineering among other things. In 1987, Hsu became a member of the Kaohsiung Symphony Orchestra as a clarinetist. Hsu obtained Master of Music in clarinet performance from the Chinese Culture University in 1999. In 2006, Hsu obtained his master’s degree in conducting from Fu Jen Catholic University.

In addition to conducting, performing and teaching, Hsu is also a well established producer. His broad experiences in producing have won him a nomination as the Best Producer in the 25th Golden Melody Award in Taiwan. Currently, he is the Artistic Director of the Reed Family Ensemble and the sound engineer of Taiwan JustMusic and Artist Co. Ltd.