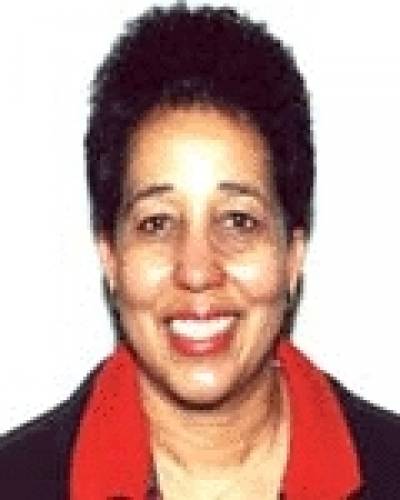 Contact Seller
Please note that you will need to sign in or register before you can contact this seller
Address:
Dr. Joyce Moorman
104 Saint Marks Place #1E
Brooklyn
New York
11217
United States

JOYCE SOLOMON MOORMAN was born in the campus hospital of Tuskegee Institute in Tuskegee, Alabama. Her childhood was spent in Columbia, South Carolina, where she attended segregated public elementary and high schools. She earned her B. A. degree from Vassar College, the M. A. T. degree from Rutgers University, the M. F. A. degree from Sarah Lawrence College, and the Ed. D. degree from Columbia University. Her principal composition teacher was Meyer Kupferman. In 1990 she was a finalist in the first Detroit Symphony African-American Composers� Competition. She was a recipient of the ASCAP Standards Panel Annual Award from 1990 to 2006. Her compositions have been performed by Lilan Parrot, Triad Chorale, Wilson Moorman, LonGar Ebony Ensemble, the Woodhill Chamber Ensemble, the Brooklyn Philharmonic Chamber Ensemble, After Dinner Opera Company, Sandra Billingslea, the Plymouth Chorus and Orchestra, the Cygnus Chamber Ensemble, the Moravian Philharmonic, the Philadelphia Classical Symphony, the Afro-American Chamber Music Society, the Rose City Brass Quintet, Turn On The Music, North/South Consonance, and Louise Toppin. She has been commissioned by the Plymouth Chorus and Orchestra of Minneapolis, Minnesota, the Cygnus Chamber Ensemble, Rejoicensemble, and the North/South Consonance Chamber Orchestra of New York City, Turn On The Music of New Jersey and Louise Toppin. Ms. Moorman was a winner of the Vienna Modern Masters 1998 Millennium Commission Competition. The awards included a concert performance, recording and publication of an orchestral work for international distribution. She received honorable mention in the International Alliance for Women in Music Competition for the Year 2000 Women of Color Commission. And she received a performance award in the Andy Warhol Composers� Competition sponsored by the Pennsylvania Academy of Fine Arts in August 2000. Her opera, ELEGIES FOR THE FALLEN, received a special commendation from the Nancy Van de Vate International Opera Competition for women composers in 2004. She is included in Helen Walker-Hill�s Black Women Composers: A Century of Piano Music (Hildegard, 1992), Piano Music by Black Women Composers: A Catalogue of Solo and Ensemble Works (Greenwood Press, 1992), and Music by Black Women Composers: A Bibliography of Available Scores ( Center for Black Music Research, 1995). Also she is in Evelyn White�s Choral Music by African-American Composers (Scarecrow Press, 1996). In 1997 she was appointed by the Governor of New York to the Advisory Music Panel for the New York State Council on the Arts. She retired in 2018 with the rank of Professor in the Music and Art Department at Borough of Manhattan Community College.