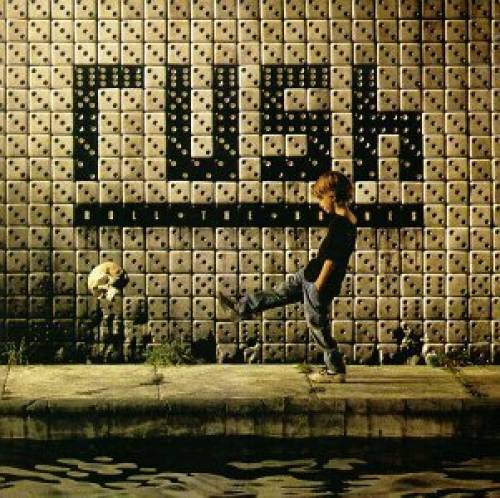 I am a freelance timpanist and percussionist in the greater Seattle area. I am the timpanist with Symphony Tacoma, Northwest Sinfonietta and I sub with Seattle Symphony, Seattle Opera, Pacific NW Ballet, recording sessions and much more. I am also a private teacher and I work with the percussion sections and drumlines at several local schools and Seattle Youth Symphony Orchestras. I have also had years of experience playing drumset in a Swing era Big Band, for musical theater and in my church's worship band. I am also an avid Neil Peart and Rush fan.

My concert percussion works are often based on music that has inspired me or an arrangement of another work. One of my favorites is a percussion quartet based on the drumming of Max Roach. Another is a timpani solo based on some of my favorite timpani parts from the orchestral repertoire. My most recent is a multi percussion solo that is designed to be used in conjunction with the classis multi solo "Die Zwitschermaschine".

My drumline works are also often based on other works, but I have several completely original cadences, as well. Some of the drumline music short grooves, which are great for playing in the stands at football games, while others are longer cadences that can be used for parades or drumline features.

I have transcribed every single Rush song with Neil Peart's fantastic drumming spanning the entire catalog from Fly By Night through their last album, Clockwork Angels. They are largely songs that, at the time, I couldn't find any transcription for and many are likely the only one available. There are over 190 song transcriptions. I have all 19 complete studio albums with Neil (Fly By Night, Caress of Steel, 2112, A Farewell to Kings, Hemispheres, Permanent Waves, Moving Pictures, Signals, Grace Under Pressure, Power Windows, Hold Your Fire, Presto, Roll the Bones, Counterparts , Test for Echo, Vapor Trails, Feedback, Snakes & Arrows and Clockwork Angels) and several live versions of songs from their debut album I even have a couple songs that never made it to a studio album (Garden Road and Fancy Dancer), Neil's "Pieces of Eight", his version of "The Hockey Theme" and all 5 songs he recorded for Vertical Horizon (available as a song pack). There are two additional song packs available, "Rush Live" (19 songs) and "Rush Instrumentals" (9 songs, including Pieces of Eight and The Hockey Theme). I have been working on more live songs, as well. I strive for my transcriptions to be accurate, detailed, and make parts that are easy to read and play. I feel that Neil's high caliber of drumming deserves to have quality transcriptions available for studying and playing.

If you are interested, I have recorded myself playing along with the recordings of over a hundred of my Neil Peart transcriptions. I don't claim for any of them to be perfect, but sometimes it can be helpful to see of video of the parts being played. https://www.youtube.com/user/drummmmmatt/videos