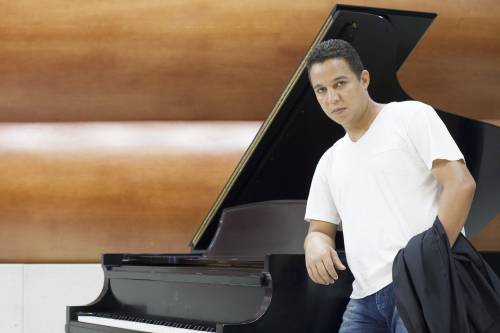 Ivan Lyran was born in Belo Horizonte on October 10, 1980. He began his piano studies in 1996 with Professor Pedro Valter Rosa. In 2006, it was accredited in the OMB (Order of the Musicians of Brazil). In 2011, he began his studies at the Izabela Hendrix Methodist Institute, where he graduated in 2013 with a degree in Music. Some of his works were performed not only in Brazil, but in countries such as Argentina, Austria, France, Spain, Mexico and Peru. He studied music composition with the teachers: Avelar Junior, Dr. Ronaldo Cadeu de Oliveira and Sérgio de Vasconcellos-Corrêa.