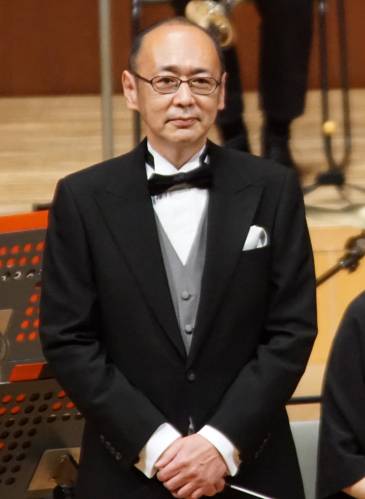 In 2008, produced ceremony music for the National Sports Festival and conducted the ceremony

I composed many pieces for Wind band and wind instruments, including “EMBLEMS, Militaly March”

(the required piece for the 1999 All Japan Band Competition).

The works are performed not only in Japan but also in the United States.

“EMBLEMS, Militaly March” was adopted twice as a test piece in the contest in Taiwan.

In addition to composing and arranging activities, he is also a judge for the competition, researcher,