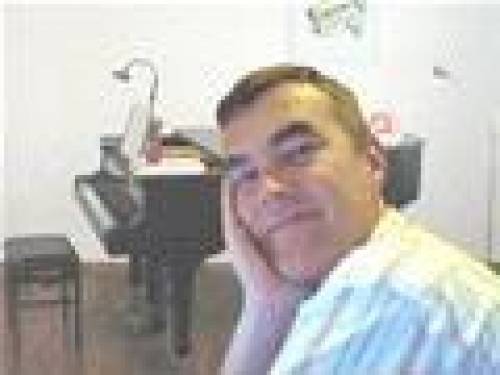 1967: Starts with pianolessons from mrs. Tine Damen at the Coevorden Music School.

1979: After finishing Gymnasium he becomes pianostudent of Ben Smits at the Zwolle Conservatory.

1980: From now on he gives many concerts around Holland and Germany, and starts serious composing.

1985: Finishes his piano study with Ben Smits and graduates with the Performers Diplom.

1986: Tjako van Schie is the only West-European participant in the Vladiguerov Piano Competition in Bulgaria. Broadcasts for television.

1987: Becomes teacher at the Hilversum Comservatory and 2 years later at the Amsterdam Conservatory

1989: Gives besides other concerts also benefit concerts for Amnesty International and the Aids-Fund.

1995: Makes a cd with violinist Adriaan Stoet with Yiddish Music from the ghetto's & concentration camps.

1998: Records second solo CD with music related to water ,as the source of life & inspiration for many composers.

1999: Works as guest teacher in Conservatorium of Porto in Portugal.

2000: Plays in many concerts, and again several times in Porto.

2001: Concerts and lessons in Porto and Aveiro, Portugal