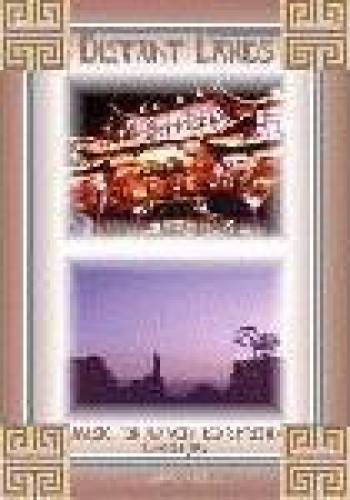 I was born in Llandrillo-yn-Rhos in North Wales, and educated at Paston Grammar School, North Walsham, Norfolk, Ryhope Grammar School near Sunderland in County Durham and studied Architecture at Burton Art College. Career in Architecture, and a keen amateur musician and I have held several church organist and choirmaster posts. My "Nunc Dimittis" had its first performance in Ann Arbor, Michigan, USA, and my "Hail Gladdening Light" was written for the Rolleston Festival of Music and Arts, of which I was Director. I was also the Founder and first conductor of the Rolleston Choral Society. Two of my non-choral pieces, "Distant Lands" and "Walking on the Clouds", were written during 2007 for my very close friend Chen Jie in Wuhan in China, and I composed a third piece for him in early 2008 called "Wuhan Festive March". In July 2008 I met up with Chen Jie and realised the dream of a lifetime ~ I spent 24 days travelling with him to several areas of central and western China, visiting Wuhan, Chengdu, Chongqing, Huanglong, Jiuzhaigou, Xi'an and Beijing. Apart from a passion for all things Chinese, my other interests are genealogy, photography, walking and touring in the car, railways, history and geography especially of Scotland and the Islands, and philately.

In addition to my compositions dedicated to my friend Chen Jie in China, I am working on a lengthy oratorio "The Final Judgement" set for four choirs, four soloists and organ, and this is dedicated to another very close friend Kudakwashe Lionel Kupara who is currently in the USA studying for a PhD in Biology.