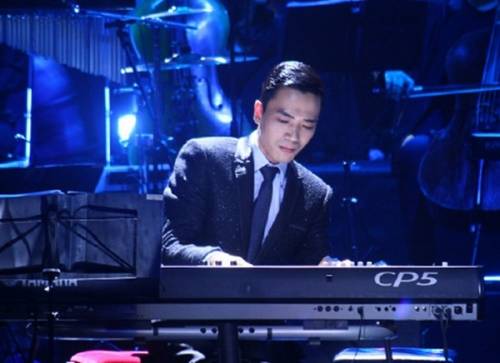 Music composer Do Bao, holding full name of Do Quoc Bao, was born in 1978 in Hanoi, Vietnam. When getting 15 years old and being a secondary student, Do Bao started to learn keyboard/organ and then he passed the entrance exam into Hanoi College of Culture and Arts. On the first days of studying music in this College, Do Bao received training courses and guidance from the headmaster, Professor Xuan Tu and had the different opportunities to participate in musical activities in Hanoi in the '90s. He frequently performed in some bars, luxury hotels and discotheques and that was a chance for him to gather with his friends and to establish a band called Sao Mai (Morning Star), a famous band in Hanoi at that time. This band, under leadership of Do Bao, got well known throughout Vietnam via TV shows, such as Diem Hen Am Nhac, Sao Mai of 2003, 2005 and 2006, and Nhat Thuc concert.

After completing the intermediate and higher programs of Hanoi College of Culture and Arts in 2000, Do Bao continued his undergraduate study with major of Music Composition in Hanoi Academy of Music (a.k.a Vietnam National Academy of Music) with guidance of Musician Do Hong Quan, the present chairman of the Vietnam Association of Musicians.

In 2003, before graduating from Hanoi Academy of Music, he impressed to and was invited by Musician and Major General An Thuyen, the headmaster of Military University of Culture and Arts to be music lecturer for this university. Then, Do Bao finished his graduation of Music Composition there with supports from Musician and Professor Chu Minh.

When releasing the first songwriter album, Do Bao was a very young musician in Vietnam 2004. This is special case without precedent, opening up a new stage for raising voice of the young musician. He was also the youngest composer, honored in the TV shows Con Duong Am Nhac (2006).

In addition to his songwriter albums, Do Bao had a lot of co-produced albums, in which he participated as producer and composer, such as: singer Tan Minh for albums of Buc Thu Tinh Thu Ba and Buc Thu Tinh Thu Nam, singer Tung Duong for album Nhung O Mau Khoi Lap Phuong (which won the best album of 2006), singer Nguyen Ngoc Anh for album The Gioi Tuyet Voi and the international zitherist Vo Van Anh for album She's Not She.

He also contributed in numerous albums produced by other artists, such as: album Vao Doi of pop star Ho Quynh Huong, albums Nhat Thuc 1 and Nhat Thuc 2 of songwriter Ngoc Dai, instrumental album Ve que of Tran Manh Tuan and so on.

Apart from composing pop songs, Do Bao also had the second option to pursue his career of composing experimental music which was developed on the basis of Vietnam’s traditional and folk music. By the outstanding event, live concert Gio Binh Minh in 2006, with cooperation of overseas Vietnamese artist Nguyen Nhat Ly, Do Bao won the most Impressive Character of the Year awarded by Vietnam Television. The following prominent product was the album She's Not She with Vo Van Anh.

At present, Do Bao is the head of Department of Musicology, Composition and Conducting for Military University of Culture and Arts, a member of Vietnam Association of Musician and an independent music producer and composer.