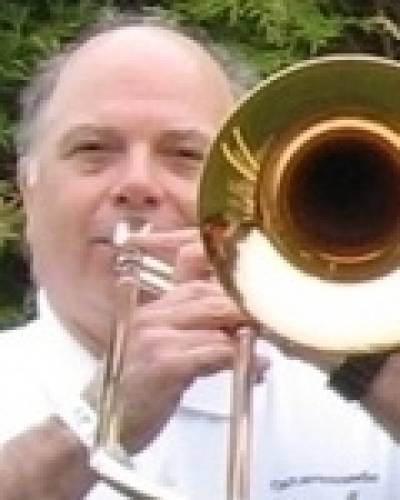 From 1976-1979 Stuart was Co-Chairman of the Performing Arts Department at The MacDuffie School for Girls. Later, he taught general, choral, and instrumental music at the Blue Mountain School in Vermont. Stuart has served as Artist-in-Residence at many middle and high schools, teaching private brass instruction. From 1996-2001 he served as an Instructor for Community College of Vermont - in 1999, as a member of the CCV Humanities Committee. He has taught lessons at Harwood Union High School in Waterbury, Vermont and has been a Cooperating Artist of Trombone and Trumpet at St. Michael's College, Colchester, Vermont.

Stuart has conducted The Wizard of Oz, Hello Dolly, South Pacific, Brigadoon, and the Faure Requiem. He was assistant conductor for the Lyric Theater (Burlington, Vermont) production of Gypsy.

Among other works, he has composed the following works: "Tell It Like It Is: a mass in the modern idiom" (1970); "Creation; Joys and Sorrows" (Gibran;) "On This Day Earth Shall Ring;" Incidental music for "Macbeth"; "i thank You God for most this amazing day" (performed by Social Band, Burlington, Vermont); Incidental music for The Madwoman of Chailliot; Incidental Music for Merchant of Venice;" What a Brass Quintet Can Do" - for children; "The Road Not Taken" (Frost) and "Dream of My Dreams," 1970.. He has composed music for weddings and upon the death of a friend.

Stuart Carter has worked as an actor in productions of: The Madwoman of Chailliot (The Ragpicker) and The Merchant of Venice (Antonio), with the Champlain College players; News of the City - Talk of the Town; Brecht on Brecht; Working; The Fantasticks (Henry-the old actor); The Cradle Will Rock; A Winter's Tale, all with the Lost Nation Theater; The Wizard of Oz, with the Lyric Theatre; and Hello Dolly (Horace), with The MacDuffie School.

He has sung with church choirs and in the Burlington, Vermont area with Social Band.

Stuart's portrayal of Joe in Working with the Lost Nation Theater of Montpelier, Vermont was described as a "beautifully etched portrait in song and word," and "a second standout in a strong male cast is Stuart Carter, whose retired man and stone worker remind us again that this is a professional company." For his performance as Henry, the old actor, in The Fantasticks, he received the following accolade, "The pair that nearly brought the audience to tears was the acting duo of Henry and Mortimer. Stuart Carter's Henry enjoys overacting with gusto at every opportunity…"

Stuart Carter worked as a Sales Representative for The Wendell Harrison Music Company and an Assistant Development Director for GeVa Theater in Rochester, New York; as a Theater Management Assistant for Company One in Hartford Connecticut and as a Pension Consultant for the Mass Mutual Insurance Company, and applied the finish on organ keys (100 coats of varnish for each key) for the Stuart Organ Company. In 1981 he was a finalist for the American Symphony Orchestra League Management Fellowship Program. Stuart was a Lifeguard and Swimming Instructor for over 15 years.

Mr. Carter's first music was written at the age of 5. Unfortunately, time has obscured this burst of creativity. He continued to compose and by middle school had written 114 compositions. He even wrote music for his dog to perform. His dog's paws scratched the piano bench, newly refinished by his father, during a rehearsal - so Stuart quickly abandoned that particular line of canine creativity. But, to this day, he continues to compose - for people and to care for dogs, for over 60 years and 11 dogs. Currently, Oscar, a Golden Retriever likes to listen to music, watch TV, and play the piano a little. Cooper, another Golden, used to fuss and moan when students faltered. He would stop when they corrected themselves. Cooper challenged advanced students, to the point one turned and exclaimed, "Oh, come on!!" However, he was easy on beginners.

In addition to composing, he teaches Trombone, Trumpet, Piano, and Voice privately. His interest in the Psychology of Music gives him a unique perspective for helping others learn how to learn about music and how to make music making work for you. He lives in Burlington, Vermont with his two Golden Retrievers, Bartok and Oscar. They love to swim, hike, bike and camp.