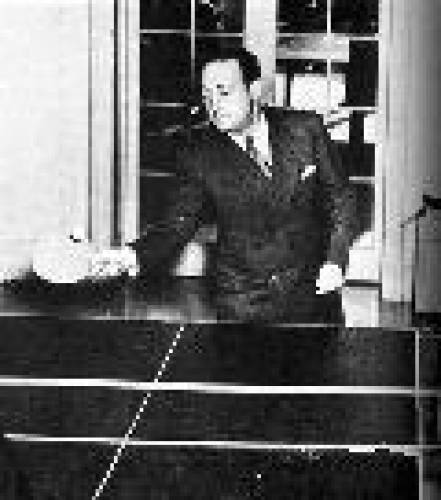 I am an old geezer. I can remember all the way back to the '60's and before. It was terrible when the North and the South started shooting at each other like that. I am not a musician, nor do I play one on TV. I just like hanging out with them. You may think that strange, but I don't play golf either and yet I like living in golfing communities.

In my checkered past I've managed to meet both Stravinsky and Hindemith. And a few others. Of all the musicians I've met, I am convinced that only two could actually look at a score and "hear" it. One was Hindemith, the other was Fritz Reiner. Stravinsky said he couldn't do it, he was sure he was just "remembering" the music prompted by the sight of the notes on the page.

Now, don't get me wrong, I was all set to have a huge career in music, but then at the last minute I remembered that I have no talent and no ambition, a fact to which my submissions on Sibelius abundantly testify. The knowledge of my preordained failure in this art has, I am sure, saved me from considerable misery.But its a big world and I managed to get into the pharmaceutical business creating all sorts of dangerous and useless but highly profitable drugs.Pharmaceutical science suited me well, it is a field in which absence of talent and ambition, slovenly work habits and a general disregard for logical thinking are considered assets, much like holding high public office, I suppose.

Gentle reader, you will find this hard to believe, but I am so old that I recall sitting around a campfire roasting marshmallows and discussing the chaos into which chant had fallen, with no less than my old pal Pope Greg VI. Pope Greg was an excellent tennis player, by the way. If the universe would have looped around a little differently it would have been fun to see him take on Arnold Schoenberg. Well anyway, someone suggested the Greg codify all those chants to make them more recognizable, which, during the off-season, he did. They caught on like wildfire. Soon I noticed that I couldn't go anywhere without hearing them. Baptisms, weddings funerals, lynchings were all accompanied by that wonderful Greco-Roman palaver.

My next encounter took place a few years later. The then Pope, I think it was Julius, had assigned Monteverdi to guard Palestrina. This made sense. Palestrina was a good 3 point man shooting from the corners, but Monteverdi was taller and had an uncanny way of blocking shots without drawing a foul. Nonetheless, Palestrina still scored more than one would have imagined, him being only a little taller than Kernis. Then one day Monteverdi showed up on the court with an invention, a strange looking shoe. Yes, he had invented the tennis shoe, and it made a big impression. You could hear him running up and down the court, Screech -Slap, Screech-Slap, Screech-Slap.. he had only invented ONE shoe. Two part inventions didn't come along until Bach's time.

I dozed off and missed a lot but managed to revive myself so as to spend some time with a student of Mozart, namely Hummel. I am amazed to this day how he managed to turn out so much fine music and still have time for the figurines.