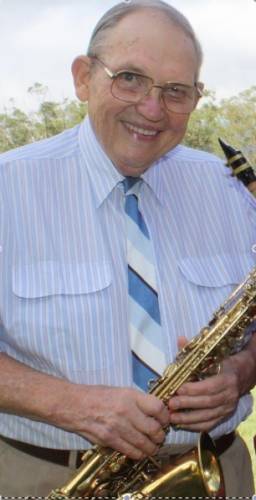 W. J. "Billo" Smith was born to professional musicians at Brisbane, Australia in 1930. He studied piano from age five, but his musical career really began at 13 when he studied clarinet with his father, a prominent Brisbane musician and band leader. At 17, Billo joined his father's 12 piece band at Cloudland Ballroom playing sax and clarinet. Aspiring to a classical career, he won the Queensland clarinet championship at Brisbane Eisteddfod in 1956. A scholarship to enter the New South Wales Conservatorium followed, where he studied clarinet, piano and was principle clarinet with that orchestra. Whilst there, he took up oboe, flute and double bass, playing for many classical recitals and sang in a Minotti opera. After 2 years full-time study he realised his forte lay in the jazz arena. In 1972 he moved to Queensland's Gold Coast where he teamed up with ex Horrie Dargie men, Vern Moore and 'Doc' Bertram, to form a vocal and harmonica trio with the Ted Preston Band. Although retired from playing, he is heavily involved in composing, arranging and publishing music in all styles.