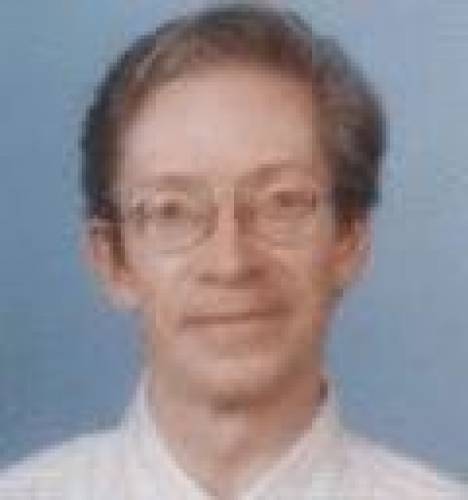 Contact Seller
Please note that you will need to sign in or register before you can contact this seller
Address:
Mr Michael Regan
25 Beechcroft Avenue
New Malden
Surrey
KT3 3EG
United Kingdom

I was born in 1947 and received my musical education at the Guildhall School of Music. I have written music in a variety of styles ranging from works influenced by jazz, Latin American and Minimalist music to recent works in the classical tradition including 4 symphonies and 5 string quartets. An interest in the Far East has influenced a number of works dating from the 90s onward. I gained a Masters Degree in composition (with distinction) in 1997 and am an honorary fellow of the London College of Music. I am married with two children. My aim as a composer has always been to write approachable music without sacrificing artistic standards.

SOME NOTES ON MY WORK October 2012

“When you begin to work with musical systems that have come about through various means, then, depending on who you are, you may become more and more loyal to that system, as it becomes more refined and articulated. And so then it becomes less and less true to nature, a bit more against nature.”

This quotation by Pauline Oliveros sums up my own experience as a composer working mainly within the Western classical tradition, but at times trying to escape from it and return to a more primitive “natural” type of music – even, at times of exhaustion with the whole business of composing, trying to avoid real music altogether and escape into the realm of concepts and imagination.

Therefore, if anyone cares to look at my work as a whole, they will see that I have chosen to write in a number of disparate styles ranging from an almost light-music idiom, through minimalism, classicism and jazz , to works in which there is no standard notation but only written instructions as to how sounds can be produced. These opposed tendencies are the result of conflicting interests which have come to the fore at certain times over the last 40 years of my life as a composer.

Early on I wrote a number of large-scale works in traditional genres (a piano concerto, violin concerto – given one performance- chamber-music works, piano pieces and songs). These are now mostly lost or destroyed. They were all conventional in style and only moderately fluent in technique. My models at this stage were Debussy, Stravinsky, Britten and Tippett.

From about 1980 to 2000 I wrote a lot for amateur and semi-professional performers. Many of these pieces were in a jazz-inspired idiom and some were published, although none were “big sellers”. At the end of this phase I became interested in minimalism and began a collection of short piano pieces, Impressions and Reflections, some of which are minimalist in style, and usually of the type that permutates a few simple ideas rather than the repetitive “American” variety. I also began a series of works inspired by aspects of the Far East (first visited by me in 1988).

Since 2000 the interest in both the Orient and minimalism has continued to hold my attention on and off- but in 2004 I became tired of composing short pieces and wanted to write bigger and more traditionally “classical” works. This resulted in the production, over the next five years, of four symphonies, two concertos, five string quartets and several other, mainly instrumental pieces. This phase is now over; I feel that I have said all that I am able to in what could be termed the “mainstream” style, and feel the urge to “go primitive” again. A strong interest in jazz took hold in 2010, leading to works such as A Paul Klee Suite for jazz trio and Homage to Gerry Mulligan for jazz quartet. The fascination with jazz has been mainly to do with its freedom in interpreting written notation- leaving much more to the performers than is the case in classical music in which every note is sacrosanct. I was trying to give performers more freedom as far back as some of the piano pieces in Impressions, in which note values are sometimes free and left to the discretion of the player, and instructions are cut to the bare minimum- dynamic markings like “very quiet throughout”, for example. My forays into conceptual music began in the 1990s with a few works in which the production of sounds is suggested by written instructions. There is no traditional notation in them and hence they may be considered as not being “compositions” in the normal sense of the word, but rather as sonic experiences inhabiting a realm where sounds, the possibility of sounds and silence meet. The emphasis in these pieces is on the poetic idea behind each one. Any actual sounds- if anyone were to “perform” them might be interesting or not, depending very much on the inventiveness and imagination of the performers. These works are my way of escaping from the overpowering feeling that I get from time to time that the traditional materials of music- such as the 12 semitone scale and conventional mass-produced instruments- are incapable of producing anything new, anything that has not been said countless times before. Also I became convinced- under the influence of theorists like Murray Schafer- of the inherent beauty and interest pertaining to all the sounds (not just musical ones) in the environment.

Some recurring influences and themes in my work

The Orient Looking through my most recent list of works I note that sixteen of them are directly inspired by oriental music, scenes or poetry including Symphony No. 1 based on Malay folksongs and Symphony No. 4 which uses Chinese themes. There is also a Chinese Suite for solo flute and some very early piano pieces entitled Chinese Acrobats. Japanese influence can be felt in Imayo for violin and piano, and the first movement of my Piano Trio is based on Indonesian scales.

I cannot say precisely why I have composed so many oriental-inspired works- suffice to say that the Eastern influence has been a recurring feature- possibly initiated by an early admiration for the music of Debussy which at times draws on oriental scales and textures. My later interest was no doubt reinforced by many trips to the East and the fact of my having married a Malaysian Chinese.

The archaic I have always been more drawn to the old than to the new- even as a child at school I remember writing an essay in a mock- 18th century style, complete with outdated spellings. As a teenager I collected antiques for a few years, and I have long had a fascination for old books and second-hand book shops. In my music the archaic comes through in two ways: in a conscious use of earlier idioms, like my borrowings from classical and earlier styles in several string quartets, including the early Baroque -sounding opening theme of number four and the use of fugue in number three; and in my previously stated desire to return to a musical “state of nature”. A recent interest in “early” music has resulted in several arrangements, e.g. of madrigals and pieces by Purcell for small ensembles. The Purcell arrangements actually blend the Baroque style with jazz. In the arrangement of Dowland’s Time Stands Still for solo celesta (or piano) I have retained the original melody and bass parts but rewritten the harmonies. The 2nd part of this piece is a much freer variation of the themes.

The vernacular The Western classical and modern traditions have long drawn on popular musical styles and themes- one thinks of those many parody masses based on folk and popular songs of the late -Mediaeval and Renaissance eras, the dance-forms common in music of the Baroque period, and the various national influences at work in the 19th century in Russia, Spain, Bohemia and later, England and the United States.

In my own work popular music influences can be seen in my use of folk material as inspiration for the 2nd and 3rd movements in my Piano Trio of 2003 which are based on Australian folksong and Ragtime respectively. The wind quintet Western Winds uses three well-known American “cowboy” songs as its inspiration, and the piano pieces Saudades and Venezuelan Waltzes have a decidedly Latin American flavour.

The most recent (post 2010) phase in my work is what I term my “cool” period in which I have largely turned away from the concept of music as expressing extra-musical ideas or emotions towards a more “impersonal” objectivity in regard to both the material and form of my pieces. I am now drawn towards an acceptance of sounds presented just “as sounds” in patterns and not as “expressing” anything outside of themselves. In order to create this less emotionally charged and more detached sound, I have used anonymous, even banal, material such as scales and modes, and forms determined by permutations of a few notes or chords (as in Final Pieces) or by mathematical processes, e.g the Fibonacci series in the first of the Two Studies for cello, piano and percussion.