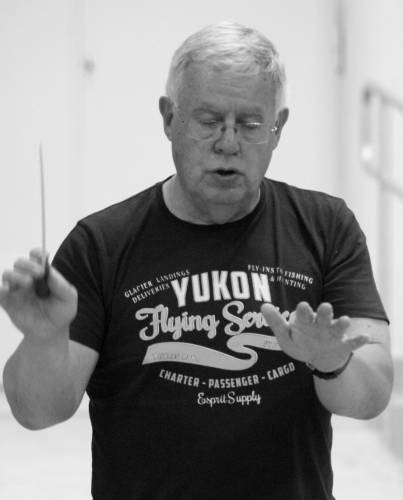 Stephen was one of the first students to study Band Musicianship at Salford in the UK, studying composition & arranging with the highly respected Goff Richards and Roy Newsome. He then spent over 25 years as a senior brass teacher with Lancashire Music Service in the UK where he wrote and developed a range of flexible instrumental music for use in schools and colleges, now available on Score Exchange. He has also written for and worked as MD for a number of brass bands across the North of England, and prior to recently emigrating from the UK was a member of the Association of Brass Band Adjudicators. Now living in France he is involved in the developing brass band movement in his adopted country, where he is also the MD of a Harmonie Orchestra and works as a solo performer.