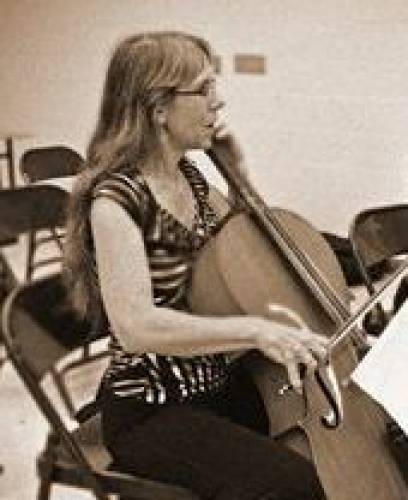 Kathy Fraser grew up in the San Francisco Bay Area during the height of the folk music era. In 1968, she and her sister formed a group of guitar-strumming, harmony-singing pre-teens called The Peanut Gallery that performed at folk festivals and special events, including the 1974 World’s Fair. Kathy began playing the cello in 1970, and soon incorporated the cello in the group’s repertoire. In the 80’s, she began composing a wide genre of music, including folk, jazz and classical. Those pieces are now being performed throughout the world.

Kathy is currently active in community orchestras on the Big Island of Hawaii, performs originals and standards in a guitar and cello duo, and is a member of a baroque music quartet. While she enjoys performing, her favorite pastime is composing music. She believes that music should not only be enjoyable for the listener, but also fun for the musicians.