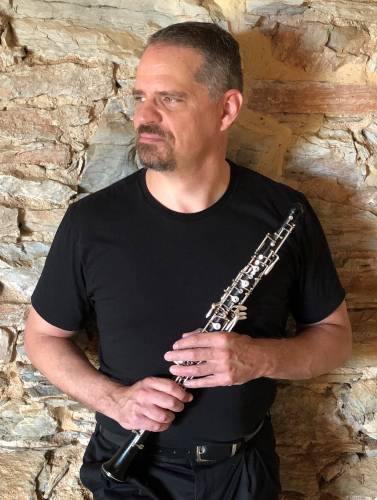 Mr. Renshaw holds a Bachelor of Music degree in Oboe Performance from Northwestern University, where he studied composition with M. William Karlins, and oboe with Ray Still (Chicago Symphony), Grover Schiltz (Chicago Symphony), and Robert Morgan (Lyric Opera of Chicago). His compositions include chamber, orchestral, and vocal works. Several of Mr. Renshaws’ pieces have received public performance including his Wind Quintet, Quartet for Double Reeds, and the cantata The Nativity of Christ. Most recently, his "Fantasy on Hector the Hero" was premiered by the Maplewood Concert Band & his fantasy overture "Five Points" was premiered by the South Orange Symphony and received a second performance by the Essex County Summer Players Orchestra. In the spring of 2007 he was asked to compose a suite of incidental music for a production of Death of a Salesman mounted by the Nutley Little Theater. He also creates arrangements / transcriptions of classical works.

As a performer, Bob is Principal Oboe with the Piedmont Symphony and the Frederick Camerata, and also plays with the Frederick Symphony Orchestra. Until relocating to Maryland in April of 2016, he was Principal Oboe with the South Orange Symphony Orchestra and the Maplewood Community Concert Band. Additional credits include the Amato Opera, the Essex County Summer Players, The North Shore Philharmonic,The New York Villa Lobos Society, The New York Repertory Orchestra, The 92nd St. Y Chamber Players, The Gotham Winds, and Chordia Venti.