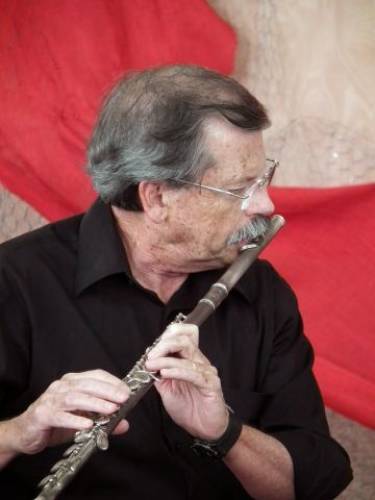 Bill Malcolm (b. 1942) studied music beginning in elementary school and continuing through college where he received a degree in Music Education at Arizona State College (now Northern Arizona University) in 1964. He received his Master of Music in composition from Los Angeles State University studying under Byong Kon Kim. Later he took private instruction from Roy Harris and studied music for cinema with Don Ray (composer for TV’s Hawaii 5-0). Most of Bill’s work career was outside music with the longest time spent at Hughes Aircraft, Space and Communications during which time he got a Master of Business Administration from Pepperdine University. He retired from Hughes in 1999. He enjoys playing woodwind instruments and double in pit orchestras for musicals on bassoon, clarinet, saxophone, and flute.