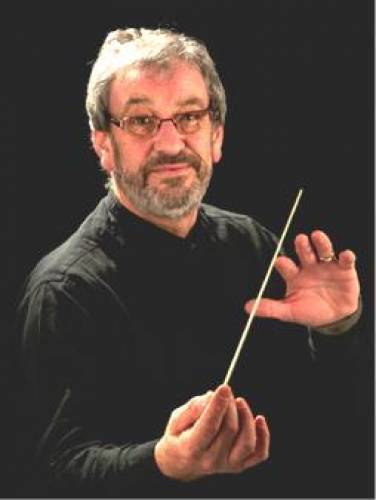 As a pianist from age 4 Derek studied with local teachers in Nottingham, also taking organ lessons, and from age 12 played for local church services and his school assemblies. He also studied violin, and began conducting choral groups in his early teens. He went on to study in Birmingham at the School of Music (now renamed the Royal Birmingham Conservatoire) where he further developed his skills with piano, organ, violin and vocal tuition. Graduating in 1970, he is now a life member of the Birmingham Conservatoire Association and a Member of the Incorporated Society of Musicians.

After gaining his PGCE he taught music in Primary and Secondary schools and now teaches in Higher Education as Music Tutor & Choir Director at Newman University. He became organist for, and is now the resident Musical Director of the Birmingham Christadelphian Choral Society & Orchestra having conducted their concerts since 2003

His choral conducting repertoire has included Brahms’s Ein Deutsches Requiem, Handel’s The Messiah, Coronation and Chandos Anthems, Israel in Egypt, Haydn’s Creation and Nelson Mass, Mozart’s Requiem, Mendelssohn’s Elijah, Hymn of Praise and St.Paul, the world premiere of Sir George Dyson’s Psalm 42, Vivaldi’s Gloria and numerous anthems which feature in the choral repertoire. Throughout his career he has taught, and is still teaching piano with students from beginner to advanced levels.

As a composer Derek has written a number of hymns, anthems, string quartets and orchestral works and continues to develop his portfolio. He is passionate about involving and leading others in making music, especially with choral work where he is keen to extend the opportunity to non-musicians who gain so much from the experience of singing and performing with others.