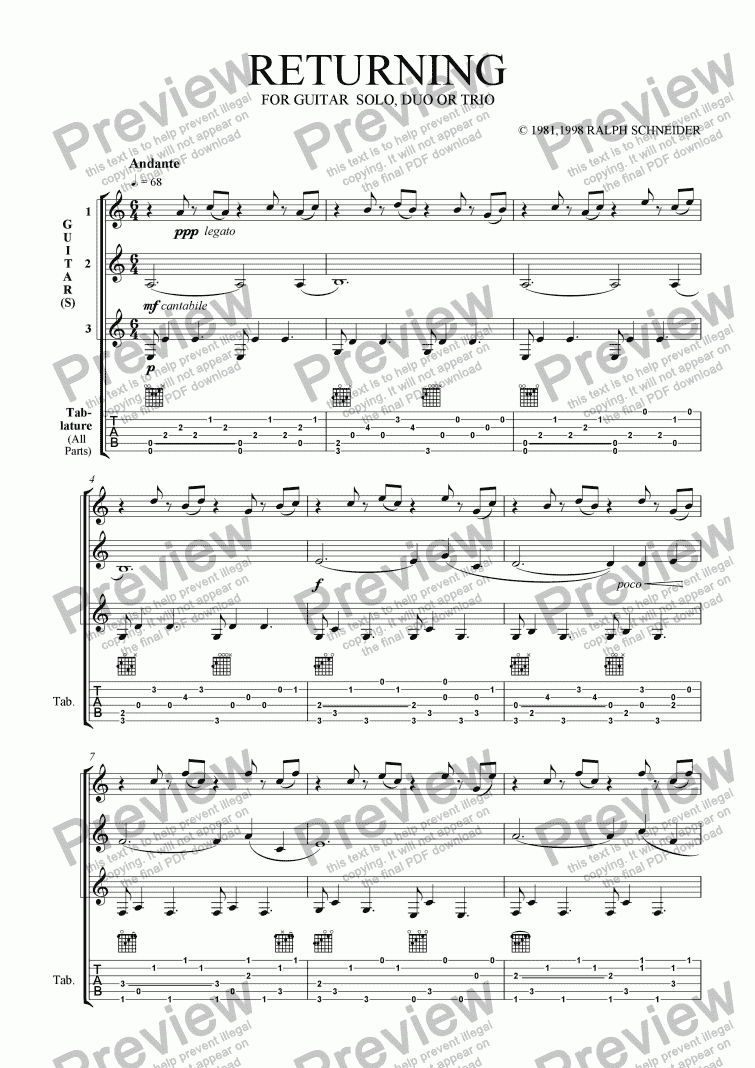 Ideal as an encore, but also as a piece for teacher and one or two beginners - or just two or three beginners! - who can have fun swapping from stave to stave even as they play - hence the unusual one-stave-per-part notation, intended to make things clearer and easier and look less forbidding than compressing it onto the normal one staff.

Originally used in a documentary for a reflective scene of an elderly gentleman returning after long exile to his old Paris room, this music needed to suggest his feelings. And since the director insisted on having one of his friends play the guitar, I made it foolproof - simple espressivo melody with simple arpeggio accompaniment recorded on separate tracks.p>

I paid it little heed until I noticed a mystery elderly gentleman listening at the door of the mixing suite; when the piece finished, he said with tears in his eyes: "that's one of the most beautiful pieces of music I've ever heard!". With no undue modesty, I confessed authorship, and told him it was meant to suggest an elderly gentleman reminiscing. Since then, I have appreciated it more, and years later recast it into its present final form.

In order to submit this score to ScoreExchange.com Ralph Schneider has declared that they own the copyright to this work in its entirety or that they have been granted permission from the copyright holder to use their work. If you believe that this score should be not available here because it infringes your or someone elses copyright, please report this score using the copyright abuse form.

Reviews of Returning (with tab & frames)