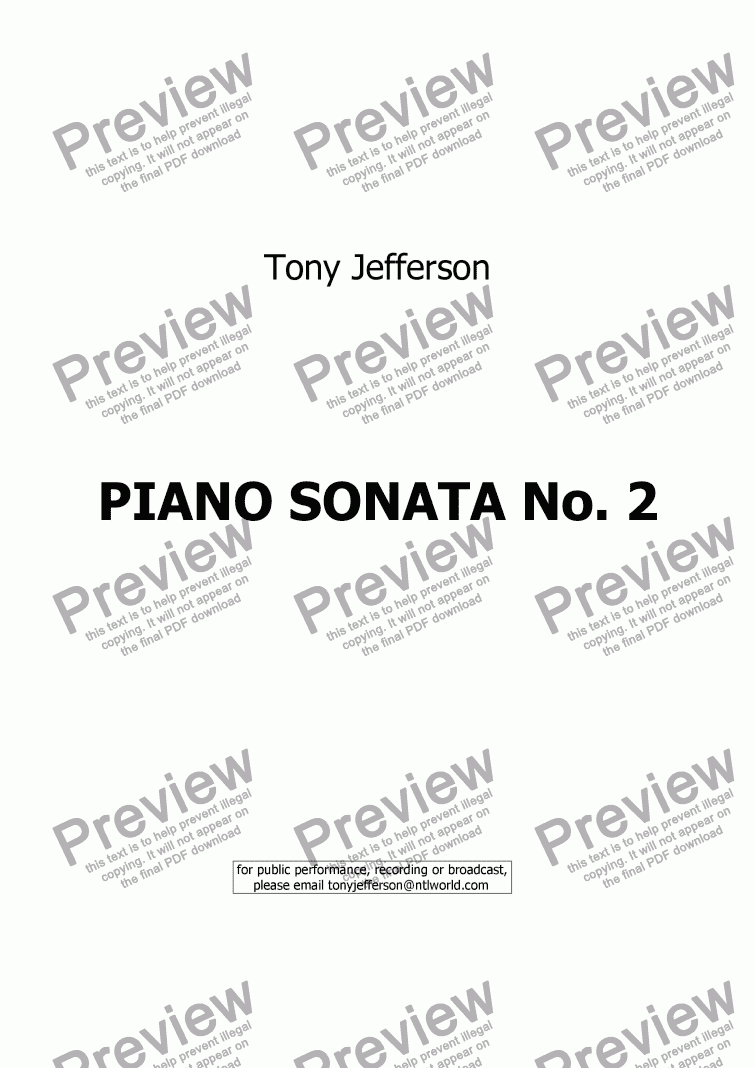 This Piano Sonata consists of a Nocturne, or night piece, followed by an Aubade, or morning song. The two movements are contrasted in mood, but almost identical in structure.

The first movement is mostly based on a group of three related themes, all fairly slow and gentle (as befits a nocturne), and all in triple time with few rhythmic surprises. There are also two contrasting episodes. The first is boisterous and disruptive, fast and rhythmically chaotic, redeemed only by a slightly more relaxed middle section. Then towards the end, a new idea appears, partly a little motif taken from one of the nocturne themes, partly new material; this becomes faster and louder, rises rapidly to the climax of the movement, then immediately subsides again before a brief reference to one of the nocturne themes brings the movement to a peaceful end.