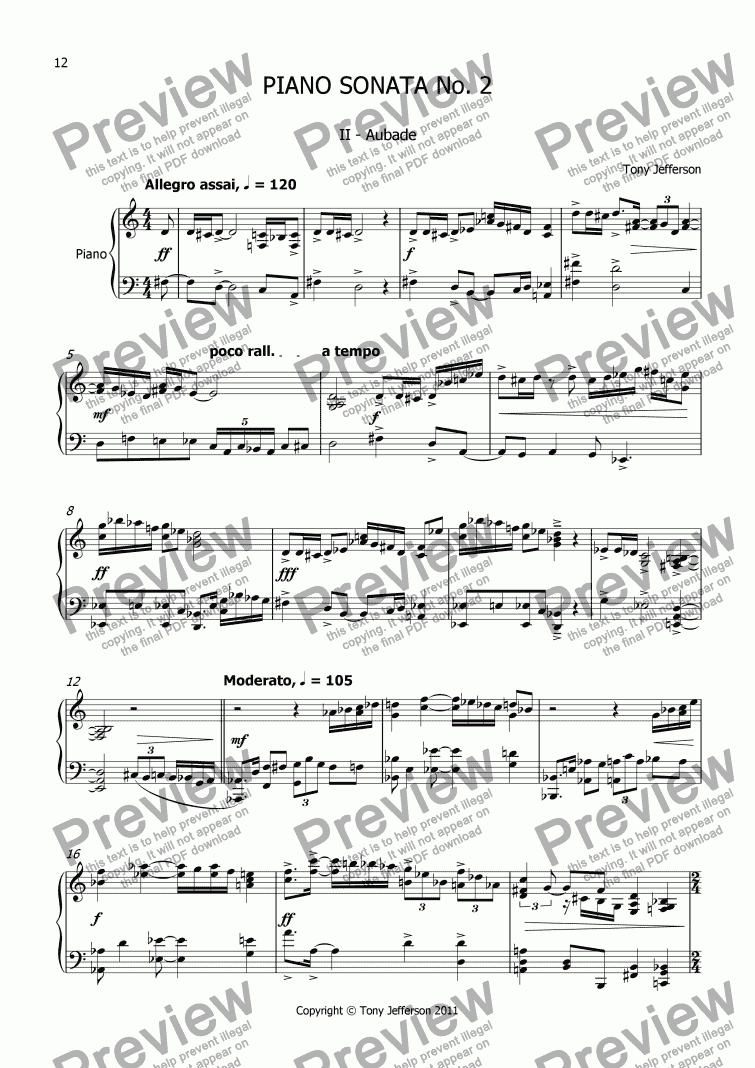 The Aubade is also based on three themes. All of them are rhythmically varied, two are fairly fast, and the third is slow and hesitant, almost limping along. As in the first movement, there are two contrasting episodes, but this time it is a contrast of musical means rather than a contrast of mood: both episodes are marked by simple, regular rhythms, largely diatonic harmonies, and deliberately banal melodies. The first is a rustic waltz with an insistent pounding bass; the second, shortly before the end of the piece, is a tiny scrap of a tune, marked "frenetico" (frantic), repeated ever louder and ever higher until it suddenly turns into the first of the three main themes. Like the Nocturne, the Aubade also ends softly, with a reprise of the limping theme.