By: Vittorio Monti (1868-1922) Arranged by Keith Terrett
For: Solo Horn in F + piano
This music is in your basket
View basket
Loading... 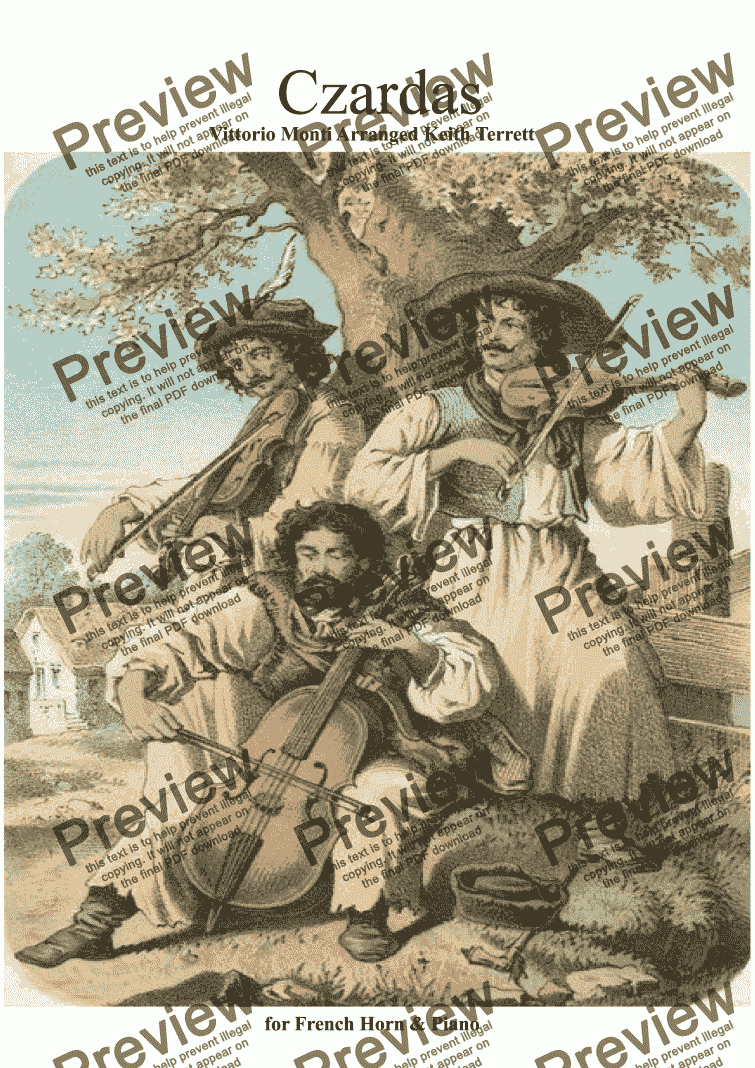 Composer
Vittorio Monti (1868-1922) Arranged by Keith Terrett
Arranger
Keith Terrett
Year of arrangement
1904
Publisher
Music for all Occasions
Difficulty
Difficult (Grades 7+)
Duration
4 minutes
Genre
Classical music
License details
For anything not permitted by the above licence then you should contact the publisher first to obtain permission.

An arrangement of Czardas for French Horn and Piano, with a hint of the rumba!

Csárdás (or Czardas) is perhaps Italian composer Vittorio Monti’s most famous composition. A rhapsodical concert piece written in 1904, it is a well-known folk piece based on a Hungarian csárdás. It was originally composed for violin, mandolin or piano. Nowadays, it is usually played on the violin, but can also be played as a piano solo, saxophone solo, on the accordion, as an orchestral arrangement, as a Tuba solo, or on glass bottles. The duration of the piece is about four and a half minutes.