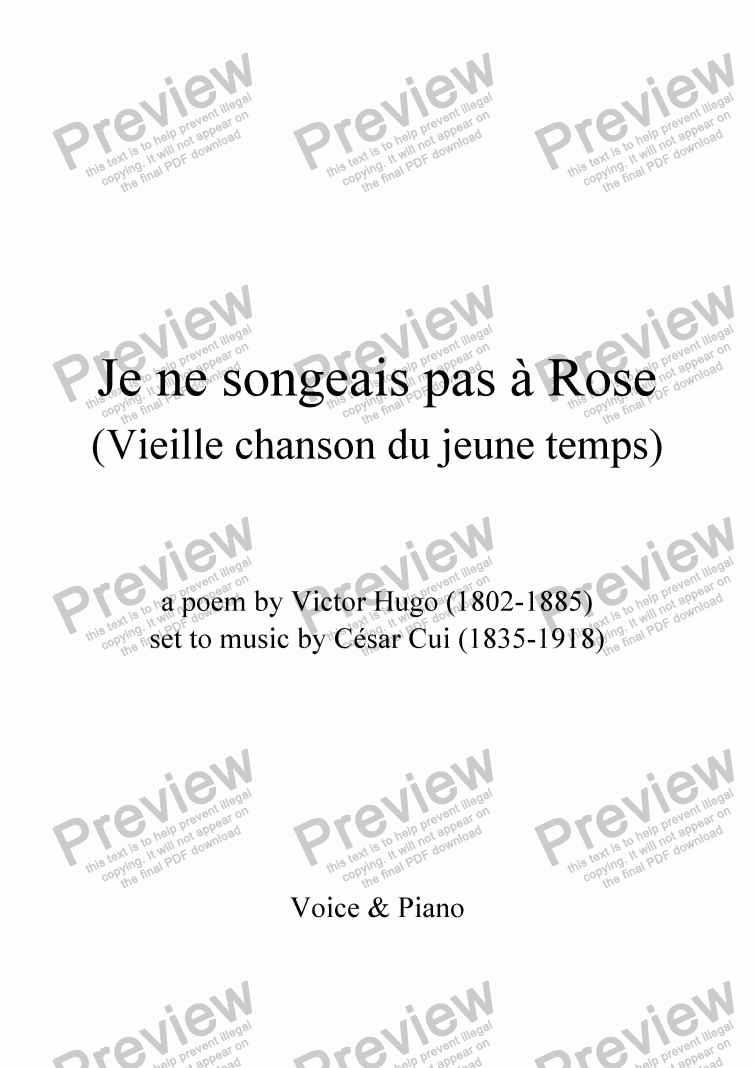 Composer
César Cui (1835-1918)
Year of composition
1884
Lyricist
Victor Hugo (1802-1885)
Publisher
The Gentle Way
Difficulty
Difficult (Grades 7+)
Duration
3 minutes
Genre
Classical music
License details
For anything not permitted by the above licence then you should contact the publisher first to obtain permission.

1._I was not thinking of Rose, Rose, to the woods, came with me; We were talking about something, But I don’t remember what.

2. I was as cold as the marble, I was walking absent-minded steps, I was talking about the flowers, the trees, Her eyes seemed to say "So what?"

3._The dew was offering its pearls, The bush its umbrellas; I was going and listening to the blackbirds And Rose to the nightingales.

4. I, sixteen year old and a morose face, She, twenty and bright eyes. The nightingales were singing for Rose And the blackbirds whistling at me.

5._Rose, straight on her hips, Raised her fair trembling arm To take a berry on the branches: I did not see her white arm.

6. A stream was running fresh and hollow On the velvety mosses, And nature in love Was sleeping in the big muffled woods.

7._Rose undid her shoe And put, with a naive gesture, Her little foot in the clear water. I did not see her naked foot!

8. I did not know what to say to her, I was following her in the wood, Seeing her sometimes smiling And sometimes sighing.