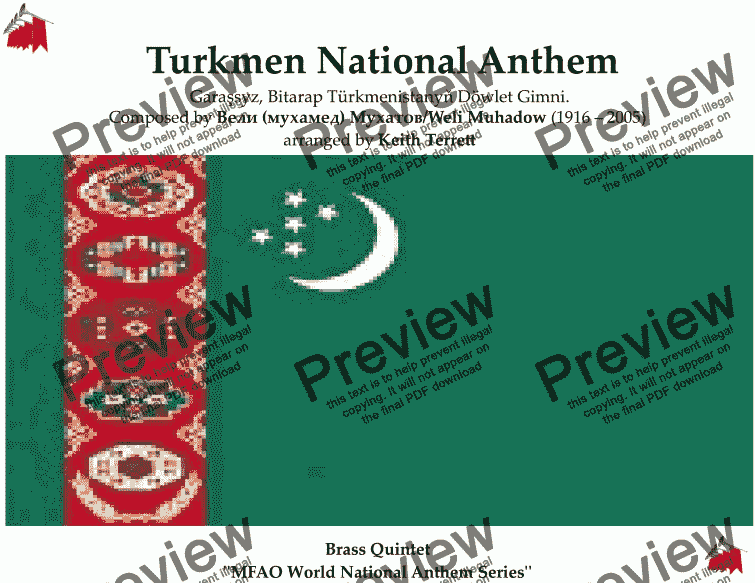 An arrangement of the Turkmenistan national anthem for Brass Quintet.

The national anthem of Turkmenistan is called the National Anthem of Independent Neutral Turkmenistan (sometimes also Independent, Neutral, Turkmenistan State Anthem, a literal translation from Turkmen: Garaşsyz, Bitarap Türkmenistanyň Döwlet Gimni). The lyrics were written by the first president of Turkmenistan, Saparmurat Niyazov (also known as Turkmenbashi, Turkmen: Türkmenbaşy). Niyazov died on 21 December 2006, and two years after his death the reference to Turkmenbashi in the chorus was replaced with the people.

He composed numerous works, including several film scores and the State Anthem of the Turkmen SSR.

He was awarded the title of People’s Artist of the USSR in 1965, the Stalin Prize in 1951 and 1952, and the Order of Lenin twice. He was also twice member of the Supreme Soviet. 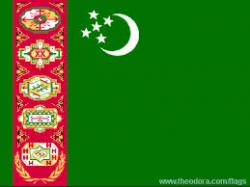