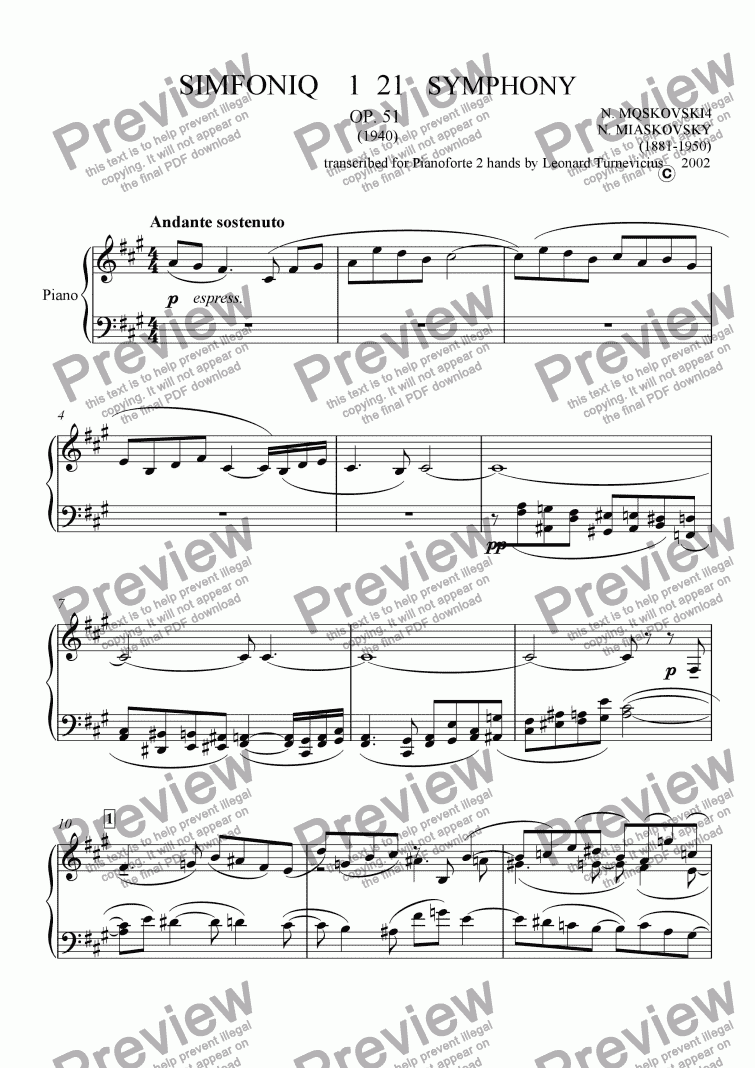 The world premiere of this work took place at the Moscow Festival of Soviet Music on 16 November 1940 with the USSR State SO conducted by A. Gauk. The American premiere was given by the Chicago SO under F. Stock on 26 December 1940 under the title 'Symphonie fantaisie'. Until the end of the 1950s, no one in the USSR dared even mention the work's American connections: it was commissioned by the CSO for its 50th anniversary and dedicated to Stock. The symphony, an eloquent soulful confession cast in a powerfully taut one movement form, could only be conceived and achieved by a composer at the zenith of his craft. For his efforts, Miaskovsky was awarded with the newly established Stalin Prize (First Degree) in 1941. Dubbed by his colleagues as "the musical conscience of Moscow," Miaskovsky was in august company that year as other laureats included his former student Khachaturian (Violin Concerto - which was premiered on the same day as Miaskovsky's Symphony), as well as Shostakovich (Piano Quintet). The Symphony is here transcribed for piano 2 hands by Leonard Turnevicius.

In order to submit this score to ScoreExchange.com Leonard Turnevicius has declared that they own the copyright to this work in its entirety or that they have been granted permission from the copyright holder to use their work. If you believe that this score should be not available here because it infringes your or someone elses copyright, please report this score using the copyright abuse form.

Reviews of Symphony No. 21