Along The River Marne for Sopranos 1 & 2 and Piano. 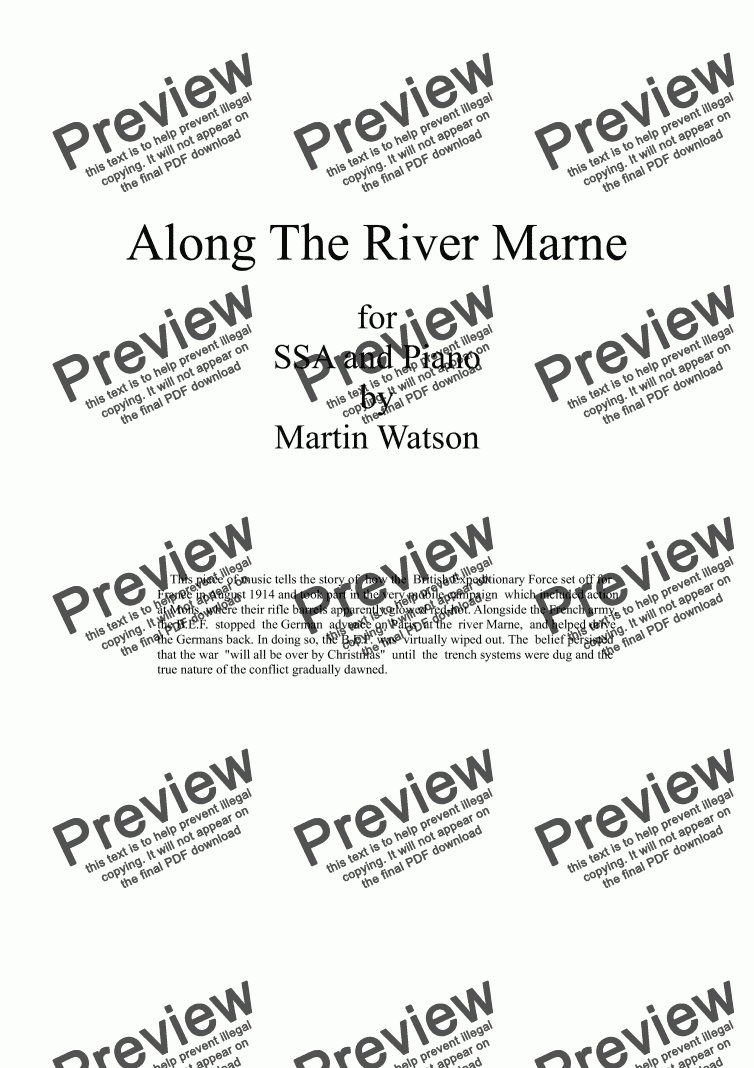 Programme Note: This piece of music for a choir consisting of Sopranos 1 and 2 with piano accompaniment by Martin Watson, tells the story of how the British Expeditionary Force set off for France in August 1914 and took part in the very mobile campaign which included action at Mons, where their rifle barrels apparently glowed red-hot. Alongside the French army, the B.E.F. stopped the German advance on Paris at the river Marne, and helped drive the Germans back. In doing so, the B.E.F. was virtually wiped out. The belief persisted that the war "will all be over by Christmas" until the trench systems were dug and the true nature of the conflict gradually dawned. Along The River Marne, received its premiere as part of the Songs From World War 1 commemoration given by primary school children from North Lincolnshire at the Baths Hall, Scunthorpe, directed by Sue Hollingworth on July 3rd 2014.

In order to submit this score to ScoreExchange.com Martin Watson has declared that they own the copyright to this work in its entirety or that they have been granted permission from the copyright holder to use their work. If you believe that this score should be not available here because it infringes your or someone elses copyright, please report this score using the copyright abuse form.

Reviews of Along The River Marne for Sopranos 1 & 2 and Piano.