Sign in / Register
HomeInstrumentationsSolo instrument + pianoWhat Shall We Do With The Drunken Piccolo Player?

What Shall We Do With The Drunken Piccolo Player?

By: Sea Shanty Arr:Keith Terrett
For: Solo Piccolo + piano
This music is in your basket
View basket
Loading... 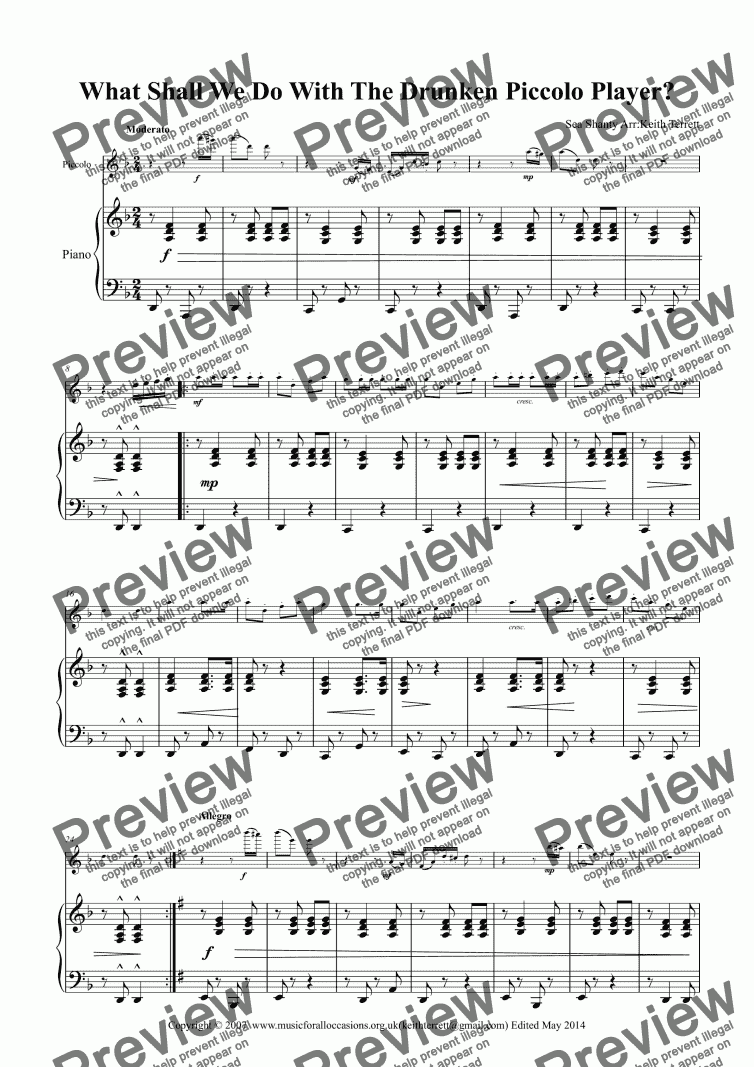 What Shall We Do With The Drunken Piccolo Player?

An arrangement of my popular Drunken Sailor arranged for Piccolo & Piano.

The shanty was sung to accompany certain work tasks aboard sailing ships, especially those that required a bright walking pace. It is believed to originate in the early 19th century or before, during a period when ships' crews, especially those of military vessels, were sufficiently large to permit hauling a rope whilst simply marching along the deck. With the advent of merchant packet and clipper ships and their smaller crews, which required different working methods, use of the shanty appears to have declined or shifted to other, minor tasks.

Although the song's lyrics vary, they usually contain some variant of the question, "What shall we do with a drunken sailor, early in the morning?" In some styles of performance, each successive verse suggests a method of sobering or punishing the drunken sailor. In other styles, further questions are asked and answered about different people.

Reviews of What Shall We Do With The Drunken Piccolo Player?