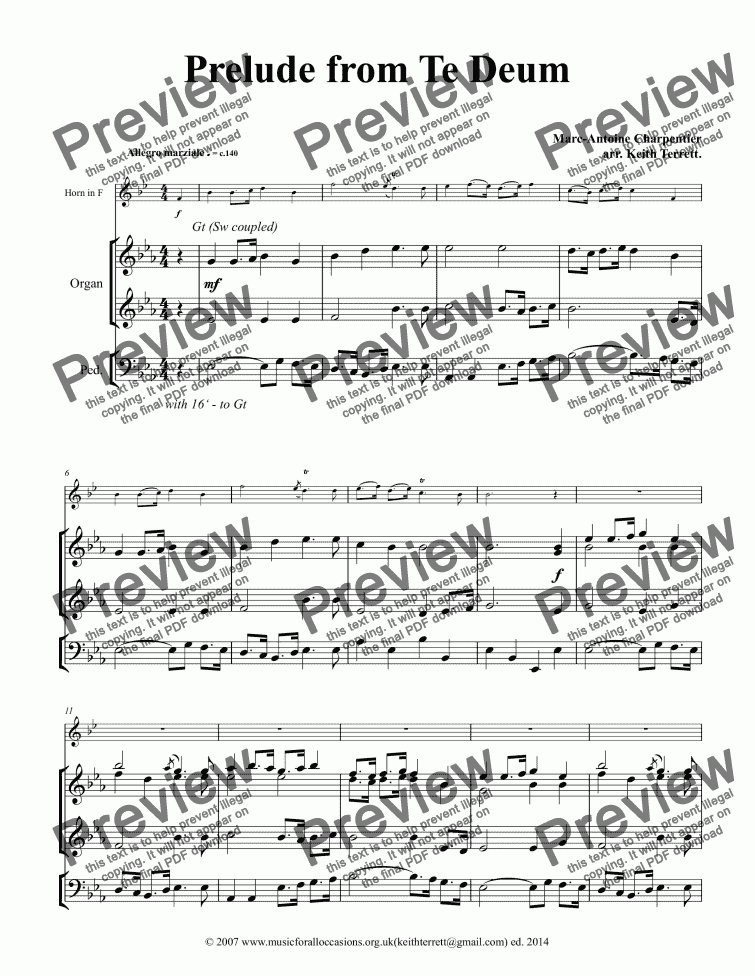 An arrangement in a lower tessitura than the pro-version of Charpentier’s Prelude from the Te Deum for French Horn & Organ.

There is a lower version in G if this is a little high!

Marc-Antoine Charpentier composed his grand polyphonic motet Te Deum (H. 146) in D major probably between 1688 and 1698, during his stay at the Jesuit Church of Saint-Louis in Paris, where he held the position of musical director.[1] The work is written for the group of soloists, choir, and instrumental accompaniment.

Charpentier authored six Te Deum settings, although only four of them have survived. It is thought that the composition have been performed to mark the victory celebrations and the Battle of Steinkirk in August, 1692. 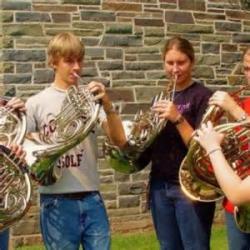