I Never Thought About Rose 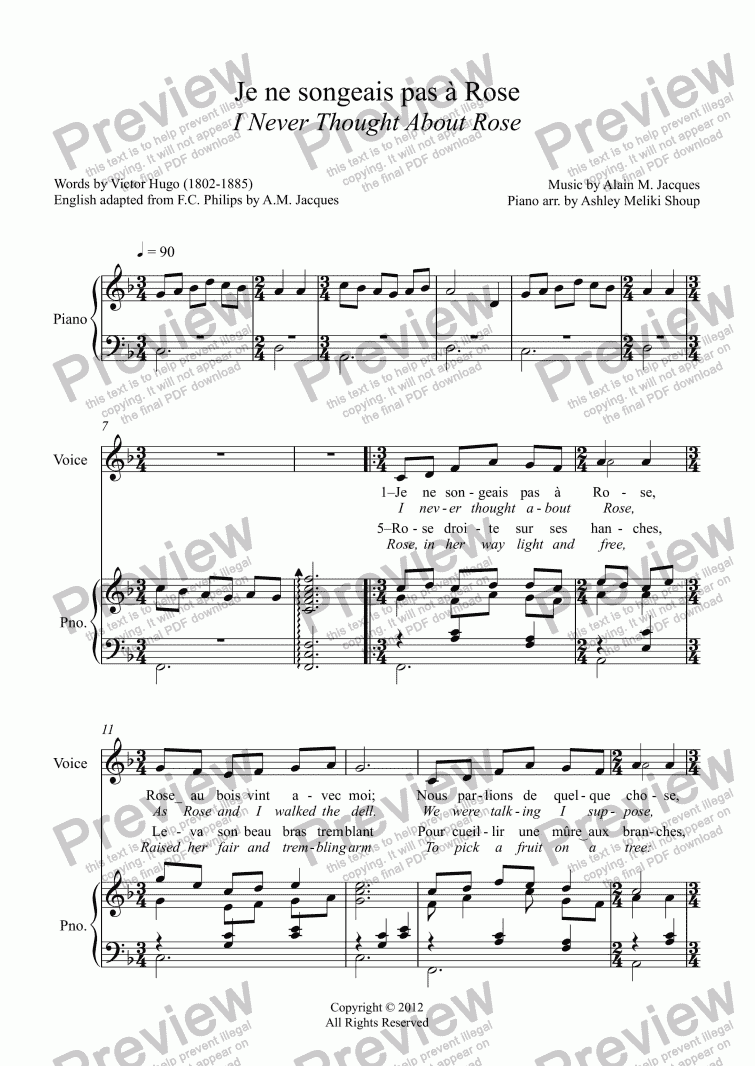 I Never Thought About Rose

This poem has also been set to music by many composers: Léo Delibes, Ernest Reyer, Charles Widor, Emile Pessard, Frédérick d’Erlanger and Césard Cui, among others. The English rendition was adapted by Alain Jacques from F.C. Philips, but we give hereafter a litteral translation: