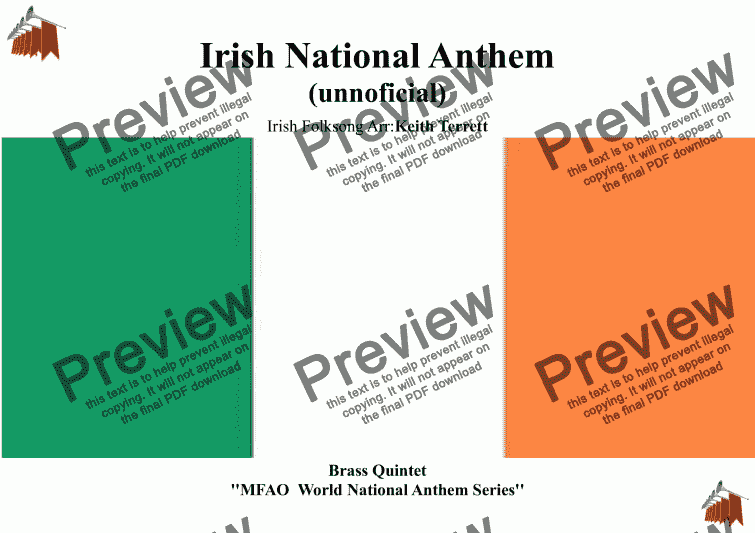 "Danny Boy" is considered to be an unofficial signature song and anthem, particularly by Irish Americans and Irish Canadians.

The song is popular for funerals; but, as it is not liturgical, its suitability as a funeral song is sometimes contested. In 1928, Weatherly himself suggested that the second verse would provide a fitting requiem for the actress Ellen Terry.

A big band version of the song is used as the theme for The Danny Thomas Show (a.k.a. Make Room For Daddy).

"Danny Boy" was used to represent Northern Ireland at the start of the London 2012 Olympics opening ceremony, sung by a choir of children on the Giant’s Causeway.

On November 25, 2014, the Vancouver Canucks used the song in honor of the recently deceased Pat Quinn, who played and worked in many executive capacities for the team.

There are various theories as to the true meaning of "Danny Boy". Some listeners have interpreted the song to be a message from a parent to a son going off to war or leaving as part of the Irish diaspora.

The 1918 version of the sheet music included alternative lyrics ("Eily Dear"), with the instructions that "when sung by a man, the words in italic should be used; the song then becomes "Eily Dear", so that "Danny Boy" is only to be sung by a lady". In spite of this, it is unclear whether this was Weatherly’s intent.

Why the name Londonderry Air? Londonderry and Derry refer to the same place, a city in the north of Ireland, and also to the surrounding county. Supposedly the city of Derry was founded by St. Colmcille, although archaeological evidence shows that people were living there thousands of years earlier. There is an excellent museum in the city, which is worth a visit if you want to find out more. The name of the city was actually "Doire", corrupted to "Derry" by people who can’t pronounce Irish. It thought to derive from an Irish root meaning "oak tree".

Moving quickly along in history, about a millenium later the government of England was having a difficult time colonizing Ireland because of the fierce and warlike clans living there, especially in the north of the country, Ulster. The monarchs of England, almost all of whom were notorious cheapskates, were continually looking about for ingenious ways to conquer places without actually having to put up the money themselves, or run the risk of unpopularity if they lost. In the case of Ireland, some of these schemes of the "Brish gummit" (as it is termed nowadays in Ulster) are still producing unfortunate long-term consequences.

In 1608, King James I gave the city of Derry to the City of London corporation. I guess the deal could be summed up by saying that if the City of London could figure out a way to chase all the inhabitants out of Derry, they would be allowed to keep the loot, minus a percentage for the King of course. If they lost, well too bad. In celebration of this historic agreement, the name of Derry was officially changed to Londonderry. (For further information, check out the Northern Ireland Tourist Board’s History of Derry.)

The linguistic outcome of all this today is that, if you think that King James’s deal with the City of London was a good idea, you call both the city and county "Londonderry". If you do, you are probably a supporter of the Unionist movement that seeks to keep Ulster a part of the United Kingdom. If you think it was a bad idea, you call both "Derry", and you are probably a supporter of the Irish Nationalist cause. Or you might just be someone who thinks it’s confusing for kings to be going around changing the names of places all the time for no good reason.

You can find plenty of discussion about the political side of the question elsewhere, but here let’s look at the musical side. We have an air, collected in county Derry/Londonderry, and it doesn’t have a title. What do we call it?

If you were a proper Victorian, there’s no way you were going to call it the Londonderry Air, much less the Derry Air, because of the improper sentiments that these titles might suggest. My parents tell me that in their youth in Australia, it was usually called the Air from County Derry. (This would, I suppose, support Winston Churchill’s theory that Australia was inhabited by "convicts and Irishmen".)

My mother also sends the following information, referring to an arrangement of the tune by the Australian composer Percy Grainger:

Just another note about Danny Boy, that I grew up in Australia believing to be the Air from County Derry. We were looking through some LP’s last night (back to vinyl yet!) and found a Mercury Wing Classical Favorites stereo LP SRW18060, COUNTRY GARDENS and other favorites by Percy Grainger {played by} Eastman-Rochester Pops, Frederick Fennell, conducting. The cover notes included the following: "Irish Tune from County Derry was harmonised in memory of Irish childhood friends in Australia." Considered by many to be Grainger’s masterpiece of harmonization, the tune was collected many years ago by Miss Jane Ross of New Town, Limavady, Ireland. Grainger has set it for many instrumental combinations. So there’s another variant on the name for it. It doesn’t say who wrote the notes, but the bits in quotes for each of the works on the record are Grainger’s original comments.

The references to Londonderry Air that I’ve seen don’t go back any earlier than the late 1930s. For example, the Glenn Miller Orchestra recorded Danny Boy (Londonderry Air) in February 1940. Bing Crosby’s version was recorded in July 1941 (reference). (So many different things I could check up on!) Londonderry was an important American naval base during WWII, but the US hadn’t come into the war in 1940.