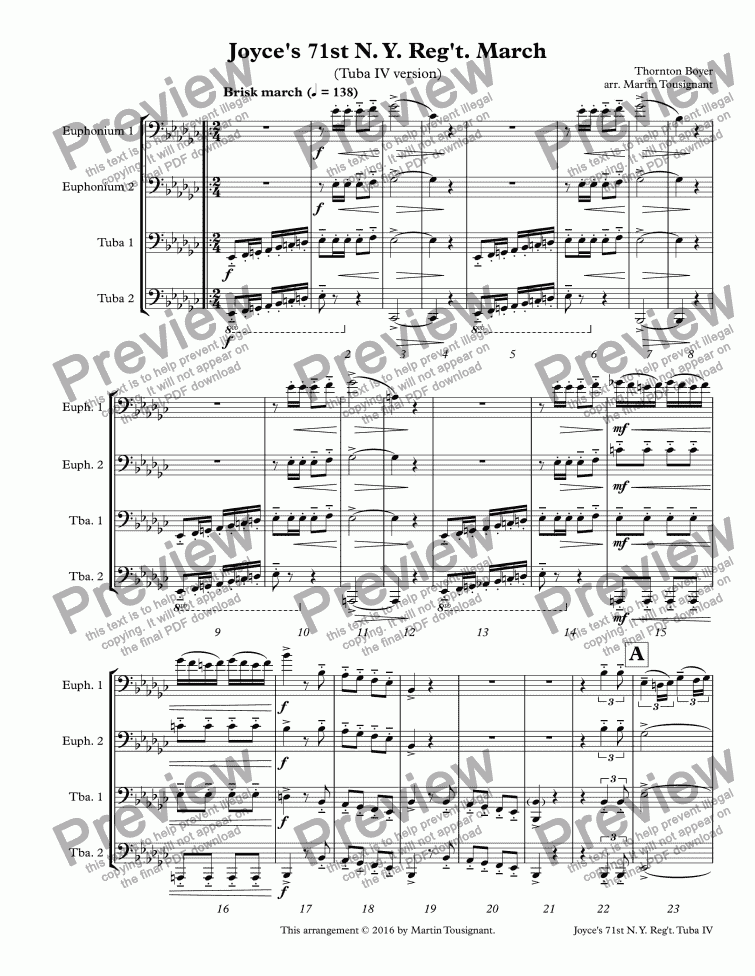 The New York 71st Infantry Regiment took part in most of the U. S. Civil War’s major battles. The regiment became part of the New York National Guard after the war ended, and Thomas Joyce founded a wind band attached to it. Thornton Boyer, a military musician from Iowa, wrote this march in their honor in 1881, and J. W. Pepper quickly published it.

Mayhew Lake’s arrangement altered the repeats, added many fills, and changed the trio key from G-flat major (relative to E-flat minor) to the parallel E-flat major. James Barnes faithfully rendered the original score, only updating the scoring for modern instruments. I have added some fills to the 1st strain, edited the woodwind ornaments in the 2nd strain, pruned the scoring the 1st time through the trio, and kept the original D. C. al Fine.