By: Composed by Glenn Miller (1904-1944) Arranged by Keith Terrett
For: String orchestra
This music is in your basket
View basket
Loading... 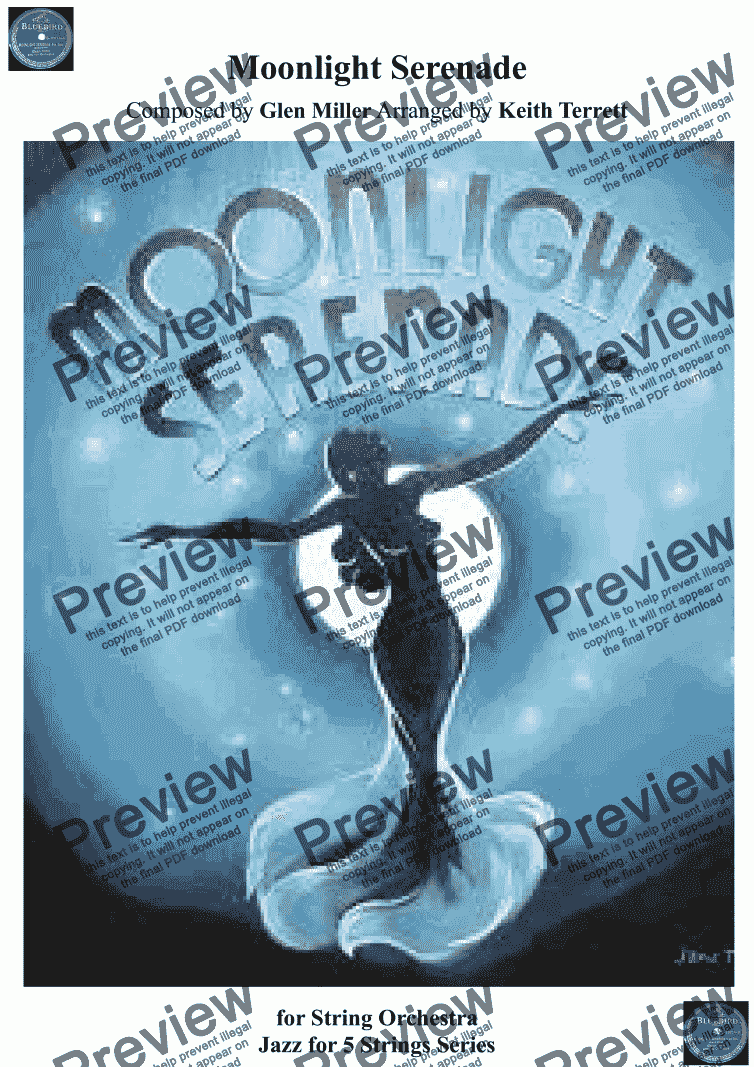 By: Composed by Glenn Miller (1904-1944) Arranged by Keith Terrett
For: String orchestra

Composer
Composed by Glenn Miller (1904-1944) Arranged by Keith Terrett
Year of composition
1939
Arranger
Keith Terrett
Year of arrangement
2015
Publisher
Music for all Occasions
Difficulty
Moderate (Grades 4-6)
Duration
2 minutes
Genre
Jazz music
License details
For anything not permitted by the above licence then you should contact the publisher first to obtain permission.

''Moonlight Serenade" arranged here for String Orchestra, is an American popular song composed by Glenn Miller with subsequent lyrics by Mitchell Parish. It was an immediate phenomenon when first released in May 1939 as an instrumental arrangement and was adopted as Miller’s signature tune. In 1991, Miller’s recording of "Moonlight Serenade" was inducted into the Grammy Hall of Fame.

This would suit string orchestra's looking for some light nostalgic music from the '40's to enrich their repertoire.

Who can say no to Glen miller!