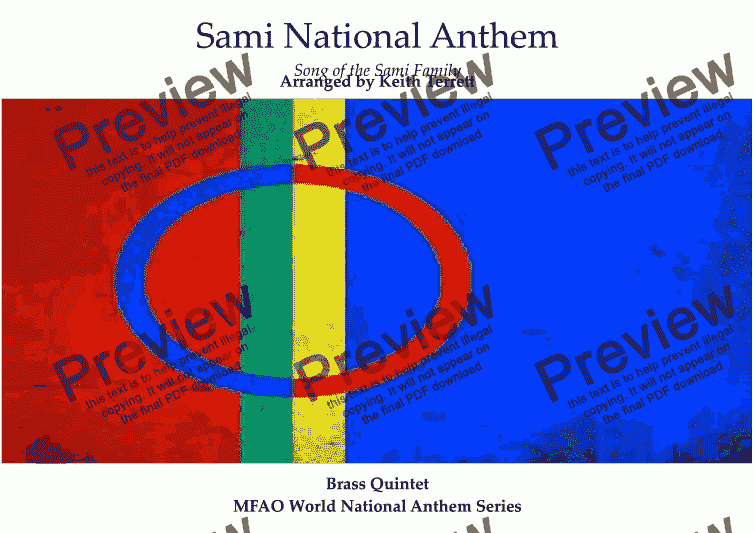 An arrangement of the Sami National Anthem for classical Brass Quintet. Sámi soga lávlla (English: Song of the Sami Family/People) is the anthem of the Sámi people. The text was written by Isak Saba, and Arne Sørli composed the music. Originally a poem, it was first published in the Sámi newspaper Saǥai Muittalægje on 1 April 1906. ﻿Sámi soga lávlla has been translated into most of the Sámi languages.

The poem Sámi soga lávlla was written by Norwegian Sámi Isak Saba. He was a Norwegian school teacher and a researcher of Sami folklore and politics from Unjárga. ﻿In 1906, he became the first Sami to be elected to the Norwegian Parliament (he was a deputy in 1906-1912). The poem was first published on April 1, 1906 on the Northern Sami in the Norwegian newspaper Sagai Muittalægje. 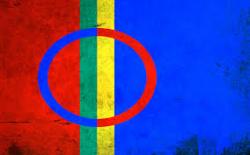