By: Vittorio Monti (1861-1922) arranged by Keith Terret
For: Concert band / wind band
This music is in your basket
View basket
Loading... 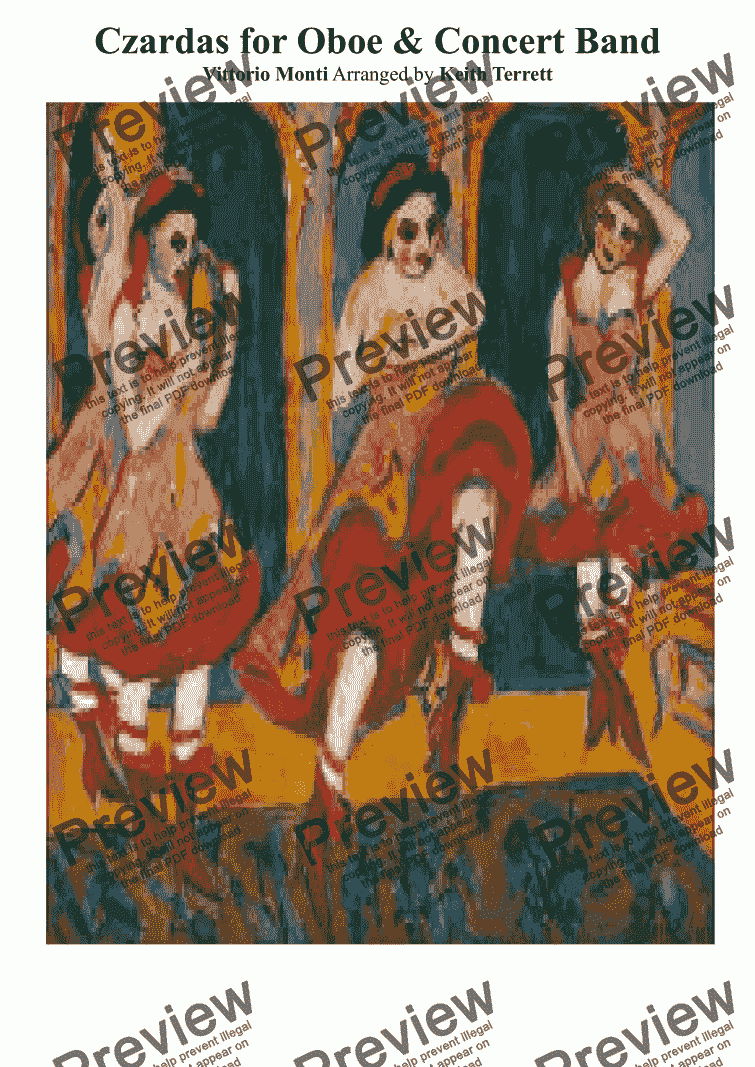 Composer
Vittorio Monti (1861-1922) arranged by Keith Terret
Year of composition
1904
Arranger
Keith Terrett
Year of arrangement
2017
Publisher
Music for all Occasions
Difficulty
Difficult (Grades 7+)
Duration
3 minutes
Genre
World music
License details
For anything not permitted by the above licence then you should contact the publisher first to obtain permission.

A new and exciting arrangement of Vittorio Monti’s hit Czardas for solo Oboe and Concert /Wind Band; with a hint of the exotic Latin American Rumba!

Great piece to work on for your next concert or recital, or just a nice piece to add to your growing repertoire of solo works.

The tessitura is high, and this arrangement is for more advanced amateur, semi pro, and pro players.

My thanks are extended to John Daleswood for his kind assistance in preparing the solo part.