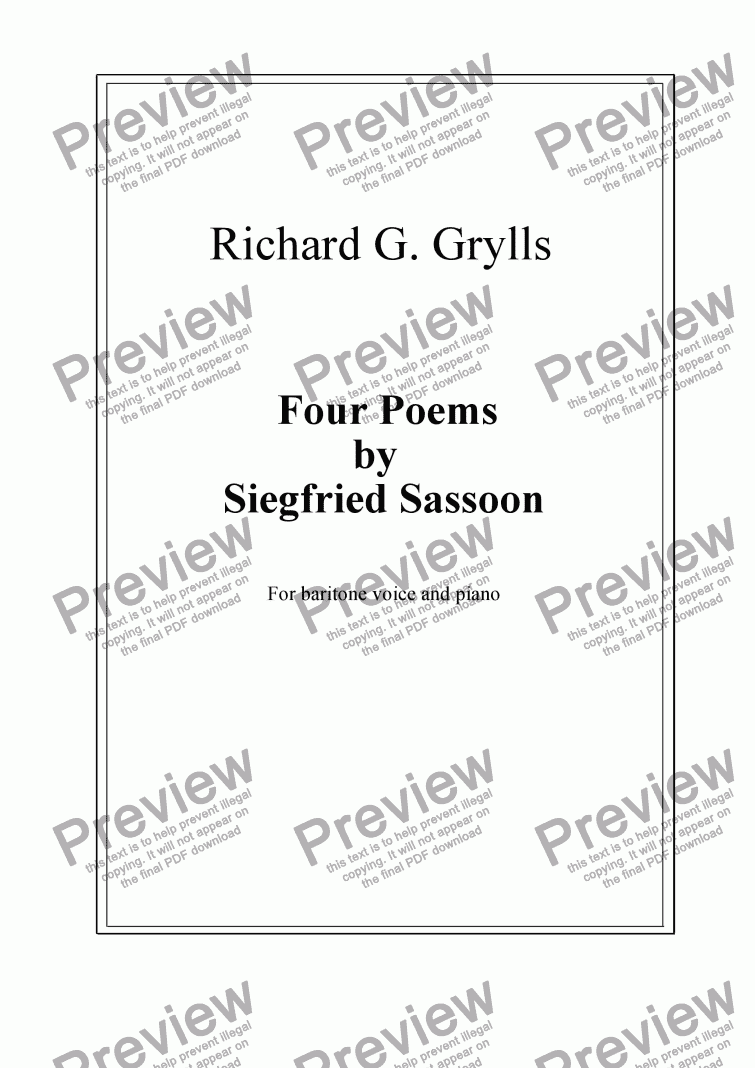 Siegfried Sassoon (1886 - 1967) was an English poet and novelist. He served in World War 1 and many of his poems have a strong anti-War sentiment. He was perhaps most famous for 'Memoirs of a Fox-Hunting Man', part of a semi-fictitious autobiography.

The first three Sassoon songs were written while I was studying for a music degree at the University of Edinburgh. Two of them were performed in St. Giles Cathedral, Edinburgh, in 1965. The last song was added in 2003, in the hope that the four songs might be sung as a group.