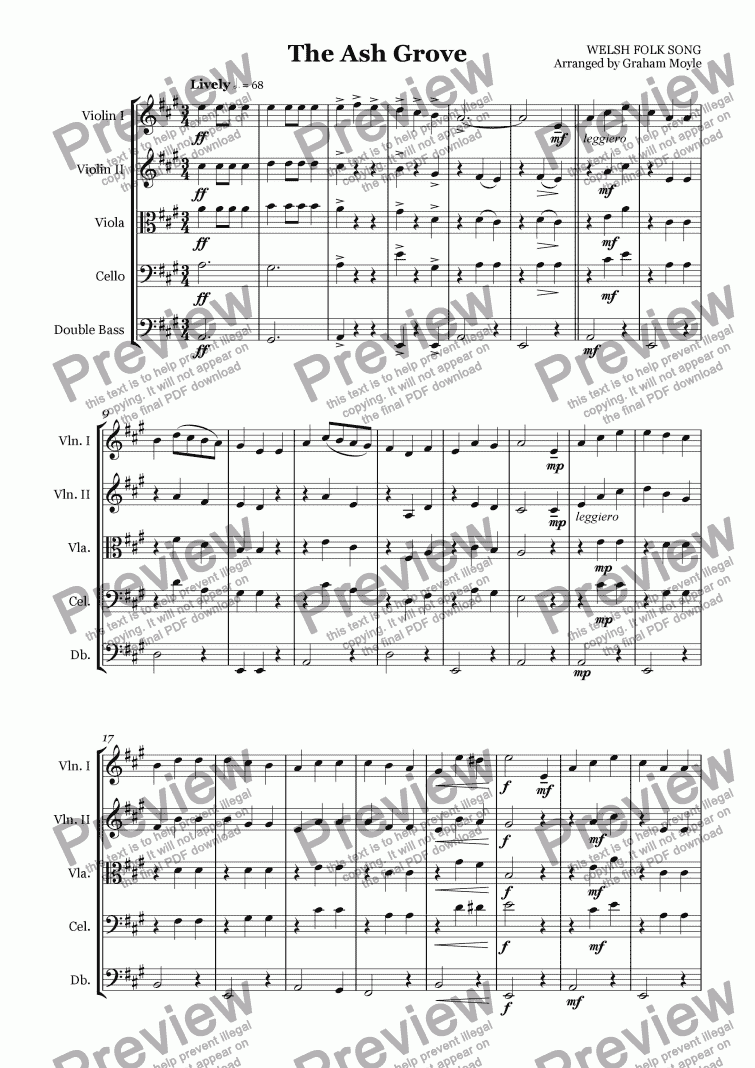 The Ash Grove is a traditional Welsh folk song whose melody has been set to numerous sets of lyrics. The most well-known was written by John Oxenford in the 19th century. The first published version of the tune was in 1802 in "The Bardic Museum". The book was written by Edward Jones, a harpist. About 4 years later a version with words appeared, now known as "Llwyn Onn". It tells of a sailor's love for "Gwen of Llwyn". The tune might be much older, as a similar tune appears in "The Beggar's Opera" by John Gay (1728), in the song "Cease Your Funning". In 1922, however Kidson claimed that John Gay's tune derives from the morris dance tune "Constant Billy", which is first known in Playford's "Dancing Master".

In order to submit this score to ScoreExchange.com Graham Moyle has declared that they own the copyright to this work in its entirety or that they have been granted permission from the copyright holder to use their work. If you believe that this score should be not available here because it infringes your or someone elses copyright, please report this score using the copyright abuse form.

Reviews of The Ash Grove