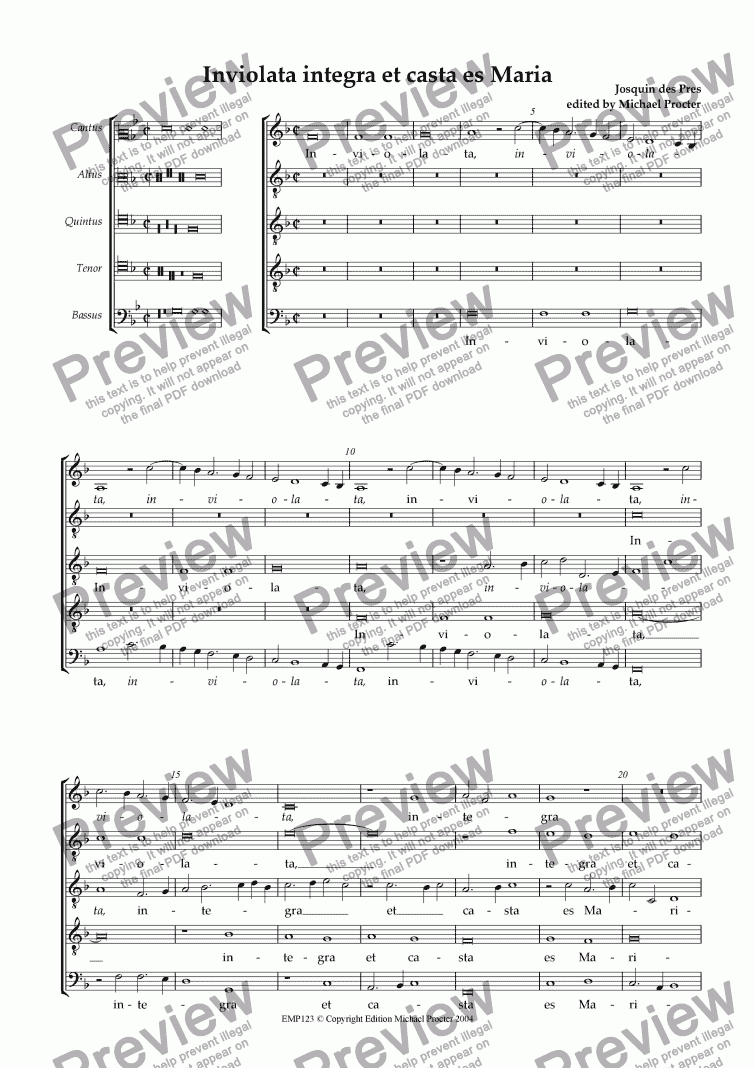 Josquin's Inviolata, integra et caste es Maria, a setting of a Sequence for the Blessed Virgin Mary, was one of his most popular pieces. It found a place of honour as the first of the 5-voice motets in Senfl's great collection Liber selectarum cantionum (LSC) of 1520 , generally assumed to be a retrospective collection of the repertoire of the Imperial Hofkapelle under Isaac. It takes the chant as its cantus firmus, treated in strict canon between the lower Tenor or Baritone voice and the Alto (there are no part names in LSC).

Josquin's canon treatment is interesting: in the first Pars the second voice follows at the distance of 3 breves, in the 2nd Pars the distance is reduced to 2, and in the third Pars to a single breve. The tonality of the piece is also fascinating, for in several sections the predominant 'F major' tonality is replaced by 'A minor' with corresponding changes in the signature. This fact has been overlooked in some other editions of the piece, and also surprised the present editor, who is not aware of any other examples of such 'modulation' at so early a date. The cancellation or reinstatement of the flat signature is not always simultaneous and is shown here in each voice as it occurs.