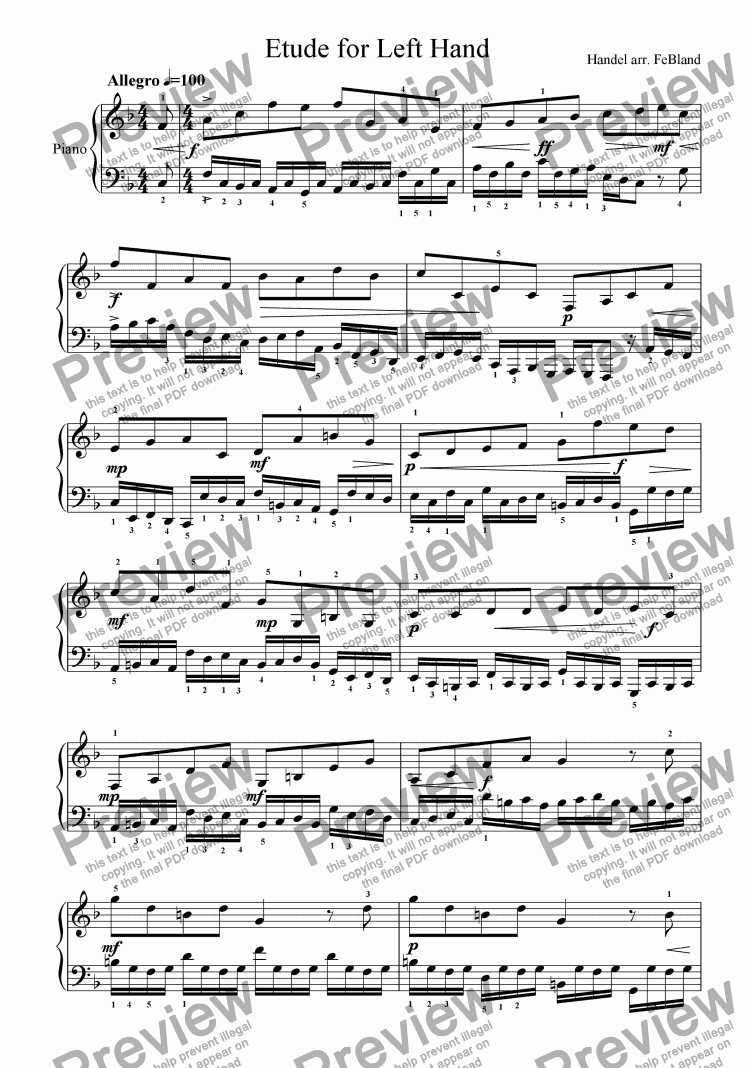 Brahms was fond of turning R.H. pieces into L.H. etudes - he did so on at least two occasions with a Weber Rondo and a Schubert Impromptu - whether anyone can actually play these pieces is somewhat debatable! I have had a go at joining a long list of semi-unplayable compositions here myself and will challenge anyone to play it at even half my recommended metronome mark!

In order to submit this score to ScoreExchange.com Adam Bass has declared that they own the copyright to this work in its entirety or that they have been granted permission from the copyright holder to use their work. If you believe that this score should be not available here because it infringes your or someone elses copyright, please report this score using the copyright abuse form.

Reviews of Etude for Left Hand