By: C H Parry
For: Wind quintet
This music is in your basket
View basket
Loading... 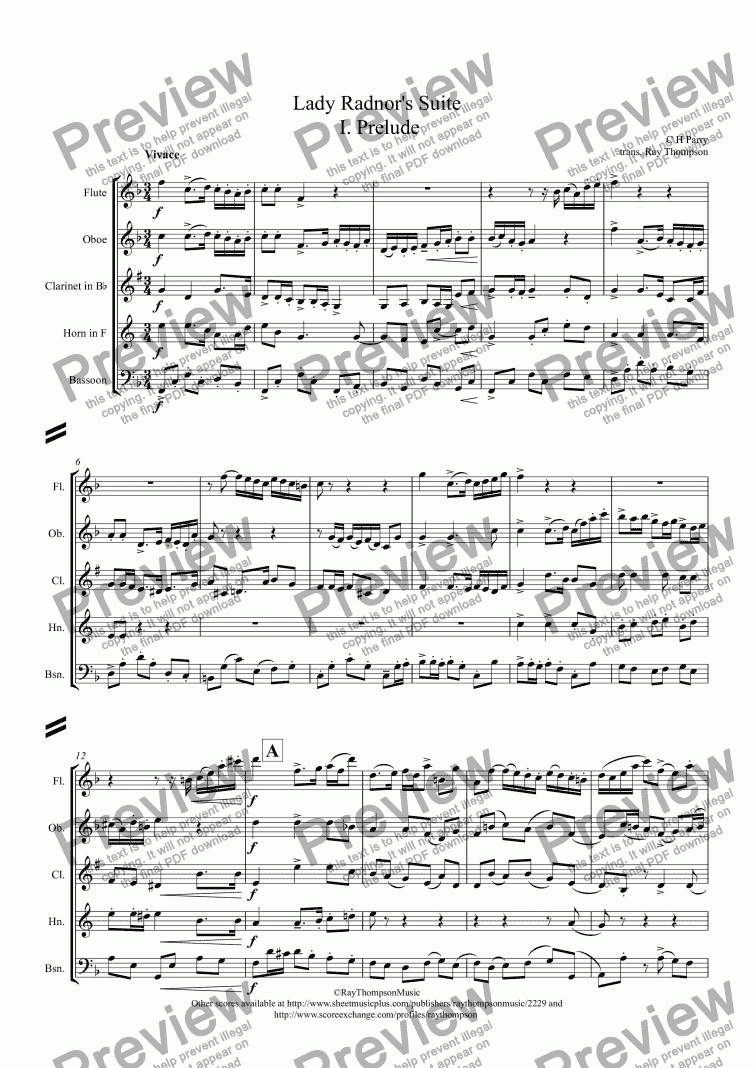 Composer
C H Parry
Publisher
RayThompsonMusic
Difficulty
Moderate (Grades 4-6)
Duration
3 minutes
Genre
Classical music
License details
For anything not permitted by the above licence then you should contact the publisher first to obtain permission.

Parry's first major works appeared in 1880. As a composer he is best known for the choral song "Jerusalem", his 1902 setting for the coronation anthem "I was glad", the choral and orchestral ode Blest Pair of Sirens, and the hymn tune "Repton", which sets the words "Dear Lord and Father of Mankind". His orchestral works include five symphonies and a set of Symphonic Variations.

The following is taken from "All Music"….

Helen, Countess of Rador was the wife of the Fifth Earl of Longford Castle, Salisbury and was a close personal friend of Hubert Parry. She was unique in many ways, but perhaps the most intriguing aspect of her personality was her insistence upon doing things not normally viewed as acceptable ways for a proper Victorian Lady to entertain herself. One of these activities was commissioning works for a seventy-two piece chamber orchestra which she then conducted in a public performance in London. The Lady Radnor Suite is one such work, and Lady Radnor and her chamber orchestra gave the first performance June 29, 1894 at St. James Hall. Parry patterned the work on the early classical orchestral suite of dance movements, and the six movements all demonstrate the influence of antiquity. Each traditional dance style is preserved with great care, while Parry's own particularly English harmonic language marks them as more contemporary.

This move is arranged for wind quintet.

I have also arrangements of another suite by Parry on this site: "The English Suite"