A Poor Wayfaring Man of Grief 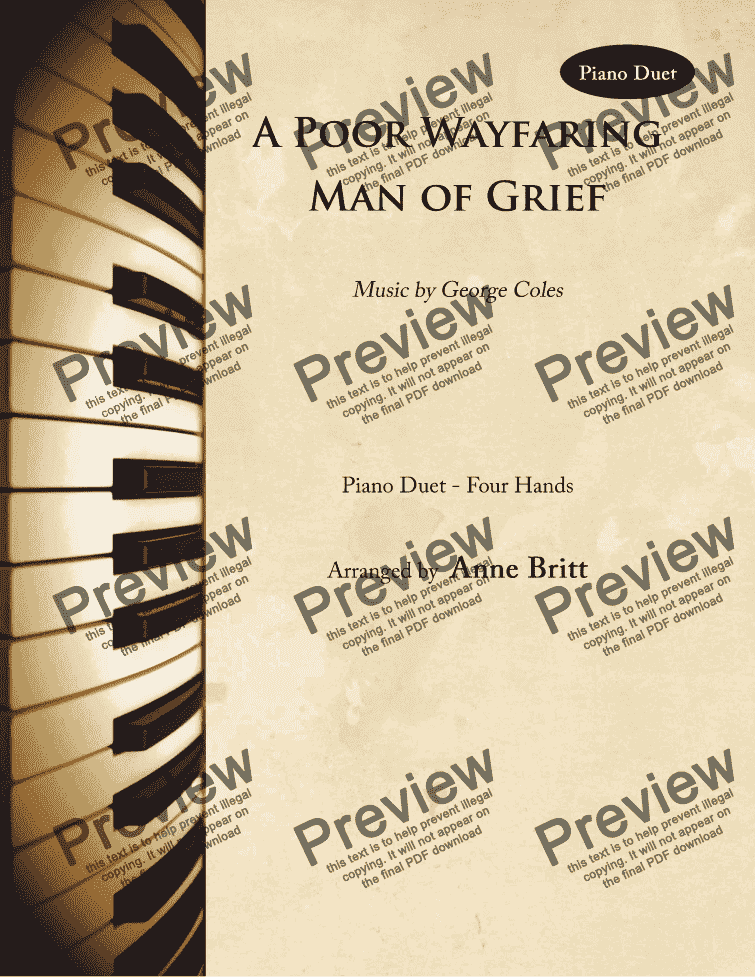 The text to this hymn originated as a poem by James Montgomery, titled, “The Stranger and His Friend.” It was later set to music by George Coles, a New York City preacher, and adopted as a hymn by Christian congregations in the United States and the United Kingdom. John Taylor learned the hymn while serving a mission in England in 1840 and introduced it into the Church of Jesus Christ of Latter-day Saints. It was a favorite hymn of the prophet Joseph Smith, who requested that John Taylor sing it to him in the Carthage Jail before he was martyred. The version he sang was actually set to a different tune that John Taylor wrote himself. This piano duet arrangement is based on the original melody by George Coles. One piano, four hands. Primo and secondo parts are equal in difficulty level. 5 pages for each part. Performance time: approximately 3:30. Also available as part of the "Piano Duets: The Sacred Collection" songbook.

In order to submit this score to ScoreExchange.com Anne Britt has declared that they own the copyright to this work in its entirety or that they have been granted permission from the copyright holder to use their work. If you believe that this score should be not available here because it infringes your or someone elses copyright, please report this score using the copyright abuse form.

Reviews of A Poor Wayfaring Man of Grief