This arrangement would also suit solo Flute or Violin.

There is an optional Oboe d’amore part attached!

Torelli is most remembered for his contributions to the development of the instrumental concerto, especially concerti grossi and the solo concerto, for strings and continuo, as well as being the most prolific Baroque composer for trumpets.

Torelli was born in Verona. It is not known with whom he studied violin though it has been speculated that he was a pupil of Leonardo Brugnoli or Bartolomeo Laurenti, but it is certain that he studied composition with Giacomo Antonio Perti. On June 27, 1684, at the age of 26, he became a member of the Accademia Filarmonica as suonatore di violino. By 1698 he was maestro di concerto at the court of Georg Friedrich II, Margrave of Brandenburg-Ansbach, where he conducted the orchestra for Le pazzie d’amore e dell’interesse, an idea drammatica composed by the maestro di cappella, the castrato Francesco Antonio Pistocchi, before leaving for Vienna in December 1699. He returned to Bologna sometime before February (1701), when he is listed as a violinist in the newly re-formed cappella musicale at San Petronio, directed by his former composition teacher Perti. 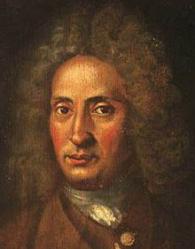