Excerpt from the Lyric Suite (for solo classical guitar)

By: Alban Berg
For: Solo instrument (Classical Guitar [notation])
This music is in your basket
View basket
Loading... 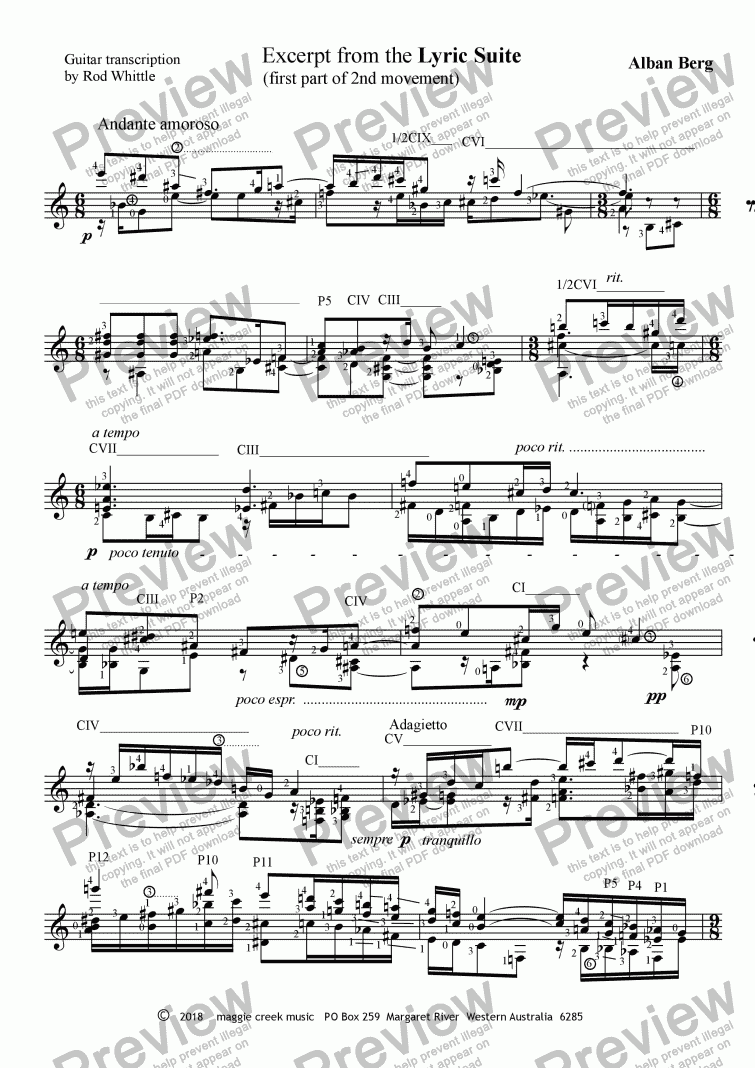 Excerpt from the Lyric Suite (for solo classical guitar)

Composer
Alban Berg
Publisher
Rod Whittle
Difficulty
Difficult (Grades 7+)
Duration
5 minutes
Genre
Modern classical music
License details
For anything not permitted by the above licence then you should contact the publisher first to obtain permission.

Having said all that, it can hardly be denied that the substance of atonality (dissonance, clashing semitones, unharmonic bass) gives it a special suitability to express dark outlooks, and Berg is the author of Wozzeck and Lulu, no downtown musicals. It is hard to determine if Berg chose atonality because it could deliver the angst or because he was bored with obvious forms and romanticism. Probably both.

Reviews of Excerpt from the Lyric Suite (for solo classical guitar)

Sorry, there's no reviews of this score yet. Please .
In order to submit this score to ScoreExchange.com Rod Whittle has declared that they own the copyright to this work in its entirety or that they have been granted permission from the copyright holder to use their work. If you believe that this score should be not available here because it infringes your or someone elses copyright, please report this score using the copyright abuse form.