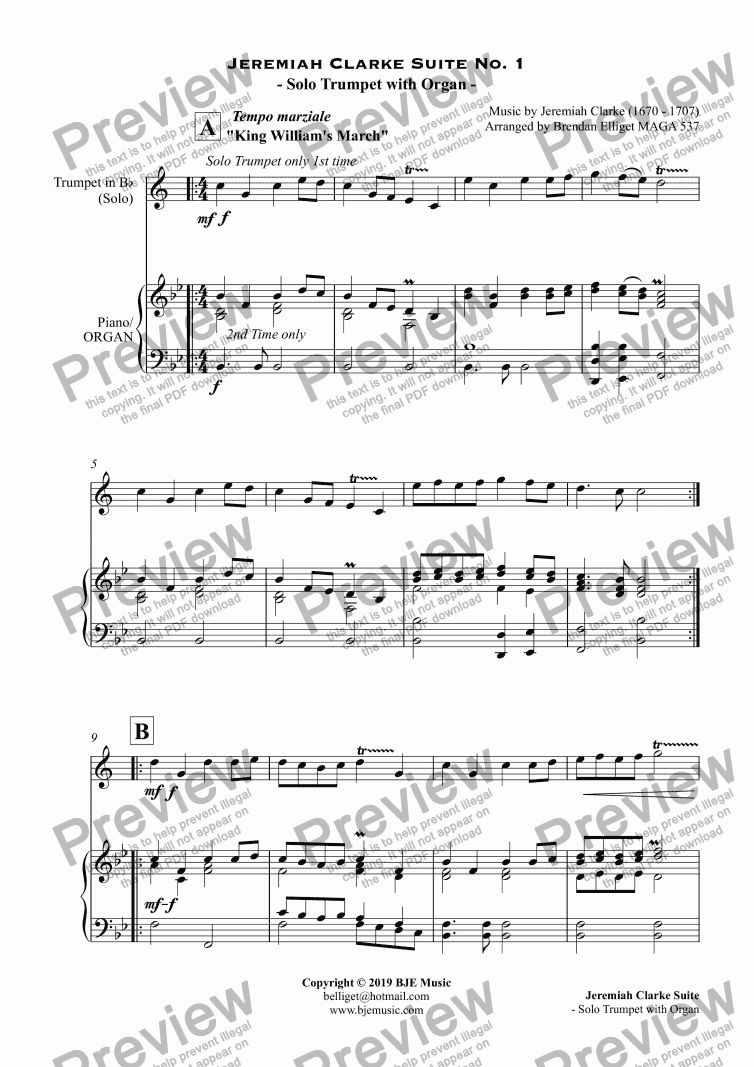 A medley of two of Jeremiah Clarke’s tunes: An English Baroque composer (1674-1707) - arranged for Solo Trumpet and Organ – There is also a Brass Quartet arrangement at this site as well…

"King William's March" was composed in honor of William of Orange who had become King of England following the Glorious Revolution of 1688. Clarke's better known "Prince of Denmark's March" which follows, honored William's brother-in-law Prince George of Denmark.

“Trumpet Voluntary” - The most celebrated “trumpet voluntary” is the Prince of Denmark's March, a composition by Jeremiah Clarke written circa. 1700. It is properly a rondo for keyboard and was not originally called a trumpet voluntary. It is very popular as wedding music and was played at the 1981 wedding of Charles, Prince of Wales, and Lady Diana Spencer. [Wikipedia]

The MP3 was recorded with NotePerformer 3. (Solo Trumpet with Organ )﻿ 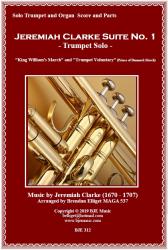 Reviews of Jeremiah Clarke Suite No. 1 - Solo Trumpet with Organ