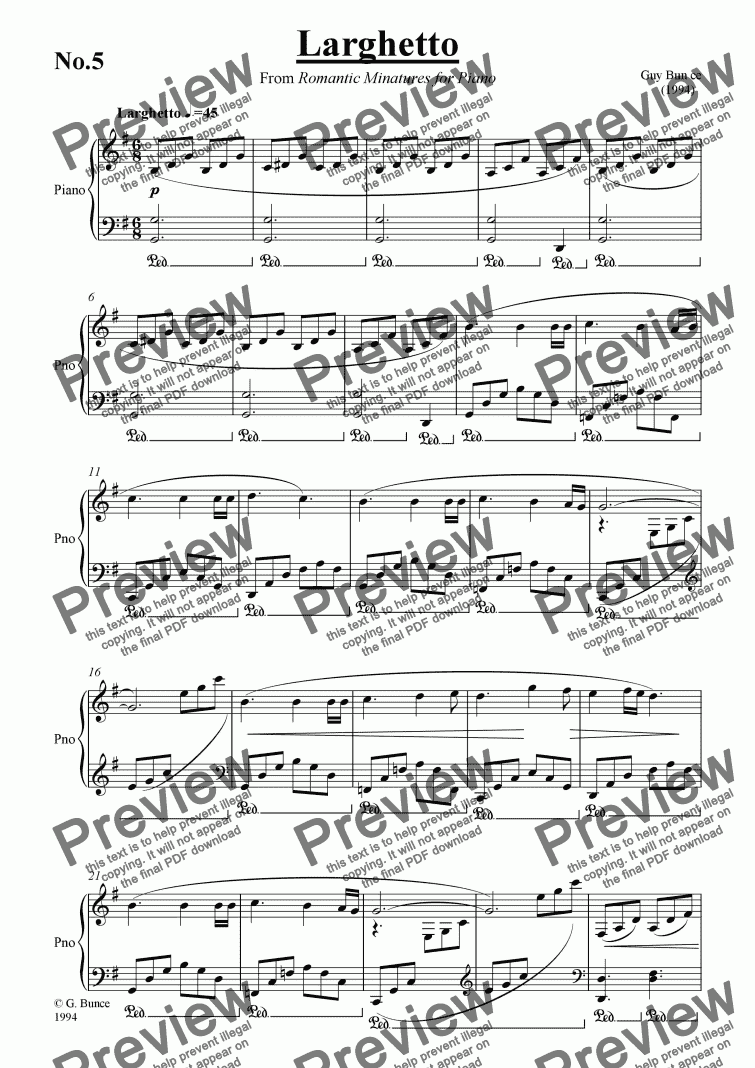 'Larghetto' was written when I was 14 as part of a piano sonata. The sonata has since been scrapped but its second movement (Larghetto) was grouped into the set of pieces called 'Romantic Miniatures for Piano.' The piece was written just as I was staring piano lessons and is roughly Grade 3/4 in standard. The harmony is simple, based around the mixolydian mode with a slow middle section adding contrast to the piece.