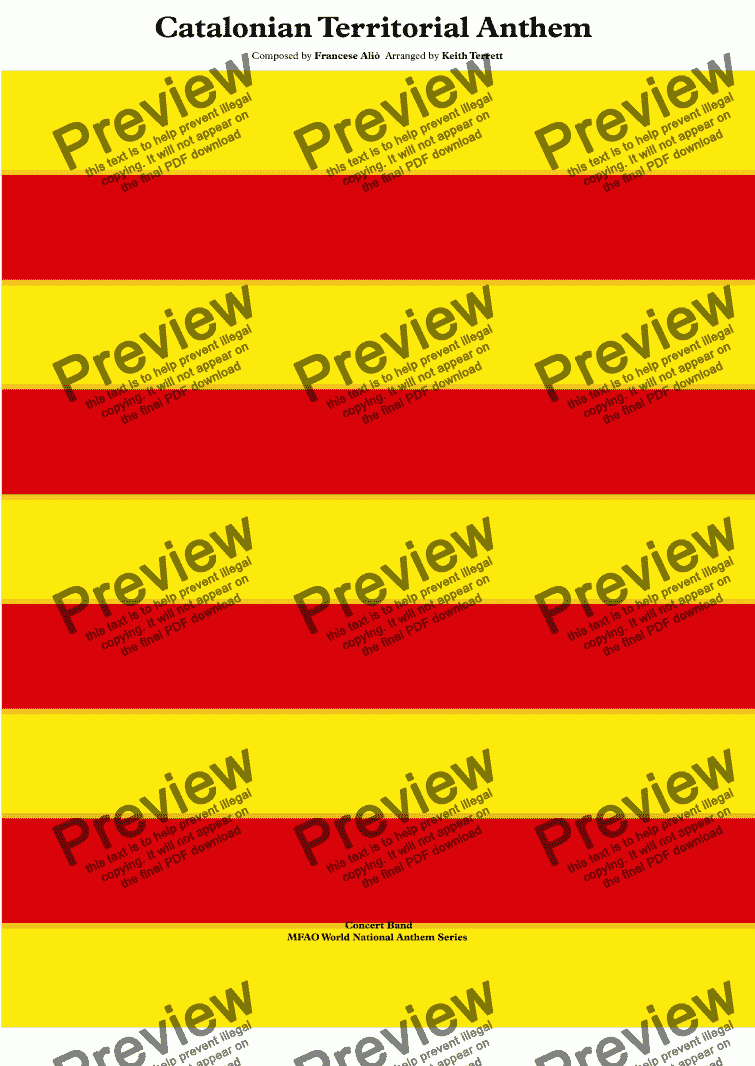 An arrangement of the local anthem of Catalan arranged for Concert/Wind Band.

Though the original song dates in the oral tradition to 1640, its modern lyrics were written by Emili Guanyavents, who won a competition convened by the political party Unió Catalanista in 1899. The music was standardized by Francesc Alió in 1892. The song is based on the events of 1640 known as Corpus de Sang during the Thirty Years' War (1618-1648) between Spain, England, France and Austria, the event that started the Catalan Revolt or Guerra dels Segadors (Reapers' War)[2where Catalans fought against the Count-Duke of Olivares, the chief minister of King Philip IV of Spain.

Since the beginning of the 20th century, Els Segadors became one of the symbols of catalanism and Catalonia itself, increasing its popularity during the Second Spanish Republic and the Civil War.

After decades used de facto, sometimes alongside the Cant de la Senyera, the Catalan government adopted "Els Segadors" as the national anthem of Catalonia in 25 February 1993, by law of its parliament. The official version was made in 1994. The new Statute of Autonomy of Catalonia of 2006 confirms this decision by its article 8.4

Francesc Alió i Brea (Spanish Francisco Alió; Barcelona, 27 March 1862 – Barcelona, 31 March 1908) was a Catalan composer. In 1892, he wrote the music of Els Segadors, the Catalan national anthem, based on a folk tune, in his Cançons populars catalanes. He was one of the generation turning to Catalan song in the 1890s﻿ 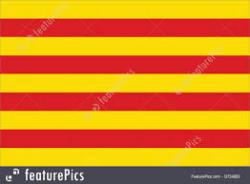